Charity in Truth: A Discussion 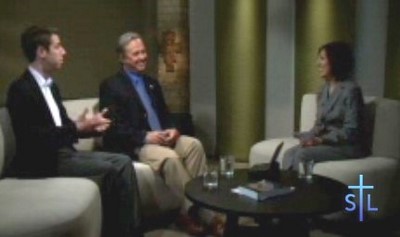 Just over two weeks ago Pope Benedict XVI released his long awaited and much anticipated third encyclical Caritas in Veritate or Charity in Truth. Unlike the previous two encyclicals this one deals with the social issues of our time, including the economic crisis facing much of the world. Michael Casey, executive director of Development and Peace and Salt + Light Television French Language Producer Sebastien Lacroix join me for Catholic Focus to look at they key points in this encyclical and what it means for "all people of goodwill". We also hear from Terence Corcoran, editor of Canada's Financial Post who looks at the encyclical through the eyes of the person who lives in the world of business and economic news. Join us for Catholic Focus: Charity in Truth Thursday, July 23rd, at 7pm and 11pm ET or on Sunday, July 26th at the same times, as we look at this latest encyclical from all sides.