Celebrating the coming of Christ in Japan | Advent Around the World 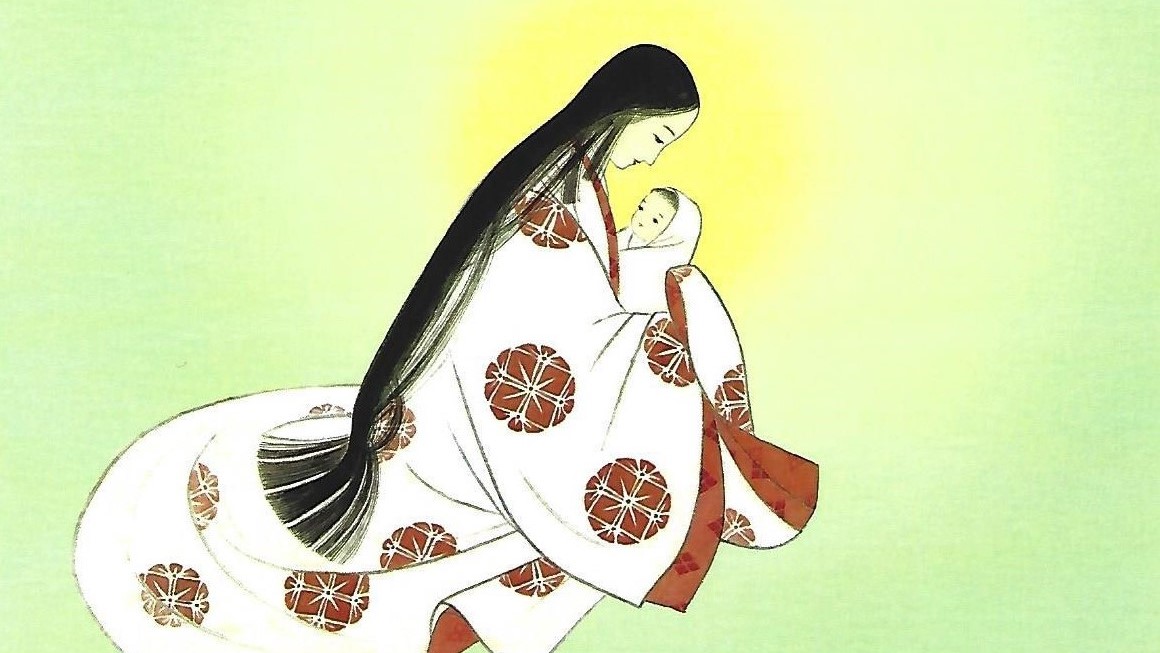 This Japanese Madonna and child comes from a series of popular Christmas cards created by a Japanese Carmelite sister in Tokyo. Courtesy of Etsumi Sakaguchi.

Fr. John Carten and Etsumi Sakaguchi share some traditions and memories, giving us a glimpse of Advent and Christmas in Japan.

Memories of Christmas in Japan

by Fr. John A Carten, SFM

When I think of Christmas in Japan, one of the things that comes to mind is how so many people in Japan buy a Christmas cake. On the evening of December 24, boxes and boxes of Christmas cakes that are really decorated in unbelievably beautiful styles are stacked outside bakeries near almost every train station. When people are heading home from work many buy a Christmas cake to share with their family on the evening of December 24. The other memory I have is how beautiful the churches were decorated for the Masses on Christmas Eve. Because Christmas Day is a working day for most people, the churches are jammed on Christmas Eve, and many times the members of the family who were not Christian would accompany those who were Christians to attend Mass that night. It was always a great time to meet those in the family who were not Christians. In all the parishes where I worked there was a bit of a celebration after the Mass ended, and people had the chance to chat with one another and exchange Christmas greetings. In 1998, I was pastor of St. Peter’s Parish in Totsuka, Yokohama, Japan. That year we had built a new church, and as Christmas rolled around, the parish council decided, because of the large debt we still had left to pay, to cut back on Christmas decorations, including the Christmas tree which would have been in back of the altar. A few days before Christmas, a Buddhist monk at the temple nearest the church, with whom I was friends, telephoned and asked if we wanted a big Christmas tree for our church. He said he had been given one but would not be using it. We gladly said yes. So for the first celebration of Christmas in our new church, we had a beautiful Christmas tree that was provided to us by a Buddhist monk. God acts in many different ways and through many different people. “The Kingdom of God is among you.”

I would like to introduce a beautiful Japanese hymn which is often used as the entrance hymn during Advent. It was written by a Catholic composer named Saburo Takata, and the lyrics are based on Isaiah 45:8 and Psalm 72:3,6. When I was first baptized into the Catholic Church, I joined a choir.  This song was one of the many songs sung at Advent. The words and music really touched my heart. Ever since that time, whenever I hear this song, it makes me feel very happy because it reminds me of the joy I experienced when I was first baptized. Even now, hearing this song takes me back to that time when I first met Jesus. 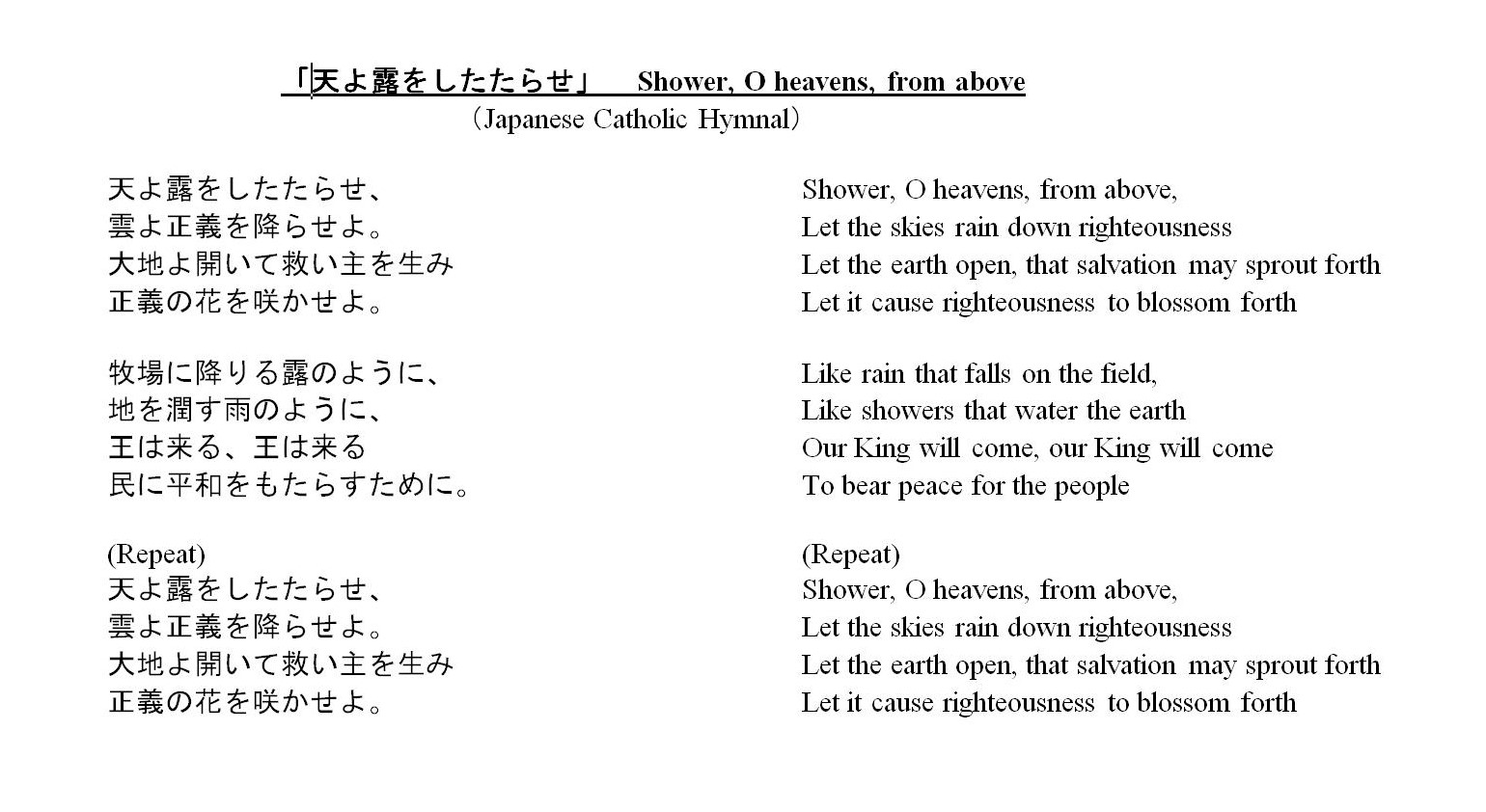 Fr. John A Carten, SFM, was born in New Brunswick and ordained a priest for Scarboro Missions in 1975. For close to 30 years, he worked in various parishes in Japan, in Fukuoka, Tokyo, Yokohama, and Kamakura. In 2002, he returned to Canada and was elected a member of the General Council for Scarboro Missions, work which he continues to do. He is also the Chaplain for the Toronto Japanese Catholic Community. Etsumi Sakaguchi was born in Kobe, Japan. She moved to Canada after marrying a Japanese Canadian in 1982. Since then she has been a member of the Toronto Japanese Canadian Catholic Community, which started in 1979.

Categories:
Advent and Christmas
Tags:
Advent Around the World
Japan