C'è Sciopero, or good luck getting around today! 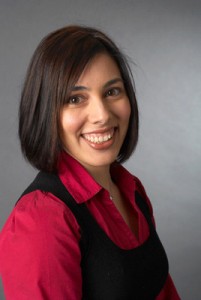 For most North Americans this phrase causes instant terror. It certainly makes me think of the two month transit strike of 2001 in Vancouver, or the summer long garbage strike in Toronto in 2009. Alas, Italy has the strike down to an art form, like a well choreographed dance. This past Friday there was “sciopero dei mezzi” or a transit strike in Rome. Buses and subway were on strike from 10 am to 2pm and trains were on strike from 2pm to 6pm. At 6:15pm when I had to board my train to Orvieto to get to the Lenten retreat day organized by my parish here all was running smoothly. The train departed at 6:15pm, without delay along the track to Florence. Italians, however are not phased by the threat of a strike. It's merely a day off. Allow me to illustrate my point. Monday I had lunch with two Italian journalist friends. One lives in the city centre, one does not. Friday evening the Libreria Editrice Vaticana (LEV) was hosting a discussion night at their downtown store. It's a rather common thing in Italy, weekly “cultural nights” where the store will invite an author in to read a passage from their book and field questions from participants. This week's guest was Licia Colò, a journalist and TV host with RAI 3 (the Italian version of the CBC). She hosts a show called “Alle falde di Kilimanjaro” or “In the foothills of Kilimanjaro” that features travel documentaries. She wrote a book and LEV invited her to their weekly cultural night. Guaranteed to be a popular evening. If I wasn't on my way to Orvieto (more on that in another post) for my retreat I'd be there myself. The one journalist friend who lives downtown was going to the event. The one who lives outside the city centre was not. In fact he was not coming into town at all on Friday. As he put it, “Well, I can get here but then how do I get home?” Quite a number of other people in Rome followed the same logic. Several of my phone calls went unanswered that day; and no, Italians do not believe in voicemail. The other approach Italians take is “Ha! I'll show you how much your sciopero affects me,” and they either pull out their motorini (scooters) or their little Smart cars and drive themselves to work. The end result of this fabulously self-sufficient idea is major road congestion. Pedestrians, like Io, end up waiting 20 minutes to cross the street, inhaling diesel fumes to boot (although, I do oddly enough like the smell of diesel in the air). Sciopero days are always fun. You never know how the city will handle it, what will actually work, what will be off line the entire day, or what you'll have to do because of the sciopero. From an intercity train en route to Orvieto, I'm Alicia Ambrosio reporting live. (Almost.)