When's the last time you thought of the Catholic faith as dynamite? You know, that WOW feeling -- where your imagination is enraptured and you appreciate just how amazing the faith is? If you haven't had the wow feeling in a while or you're looking for another reason to fall in love with the faith again, then you have to watch Catholicism, a 10 part documentary series on the Catholic faith, created and hosted by Father Robert Barron.
Father Barron of Word on Fire fame is perhaps best known for his YouTube videos, which tackle everything from the latest movie to questions of faith. But in this documentary series, he should be considered an evangelizing heavyweight who weighs in for a championship prize-fight for souls. As he says, there's a lot of people telling our story, but they're not telling it right. Father Barron is the first to confess that Catholicism is a bold undertaking. Because what he sought to do was not only tell the story of our faith, but to do it with best means available. He gathered some of the most gifted filmmakers. In fact, one of the distinguishing elements of Catholicism is its emphasis on portraying the beauty of the faith in all its facets. Not only is the script engaging and provocative, but the visuals are astonishing. In one episode alone, viewers are taken from Turkey to Ireland, Uganda, Poland, India and back again. And that’s just to begin. 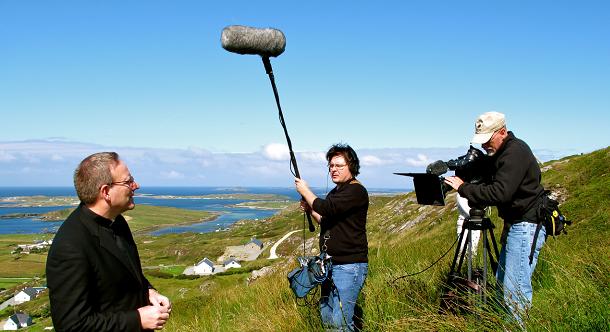 The whole production is expertly executed. Father Robert Barron works closely with Mike Leonard, the executive producer; you might remember him from the Today Show as an NBC News Feature Correspondent. Together with Mike Leonard, and director and editor Matt Leonard, this team uses the medium of film to celebrate the faith. The music scored by Steve Mullen, from Walkwest productions LLC, introduces the viewer to the rich musical tradition of the Church. Mullen, a composer and producer out of Chicago, knows his craft and uses it to dramatic effect throughout. I remember someone once commenting that beauty is poignancy, pathos and triumph. These descriptors of beauty are certainly realized in the production and bring to life what I consider to be the most beautiful message of the saga: God humbles himself to save us. This truth really strikes home, where it really counts – in your heart. 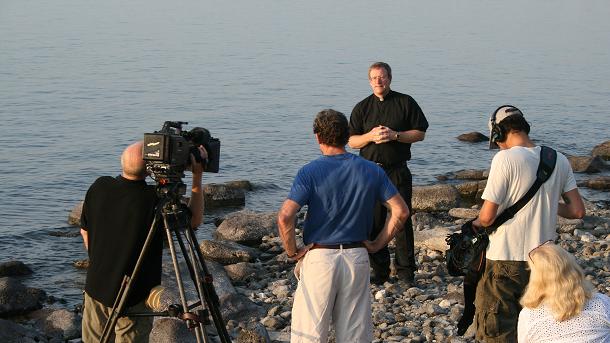 The Christian story is the story of triumph, of joy. But the perennial problem remains, how do we transmit this awesome reality? How do we show people how extraordinary, how beautiful, how amazing God is? It's simply the most incredible story ever told. Catholicism is bold, and that’s why it evokes the spirit of the new evangelization. Pope John Paul asked people to be confident, to proclaim the Word boldly, with joy and with the best that we have. We’re asked to find new paths of evangelization.  And if you're curious about what the new evangelization is, then watch Catholicism – it's sure to capture your imagination, as it did mine. Watch the Catholicism premiere on Salt + Light on Sunday, November 20 at 8:30pm ET/ 5:30pm PT. The series continues every Sunday until the finale on Saturday, December 24. - Photo credit: Word on Fire