Catholicism in Ukraine at Risk

Are you aware of the persecutions endured by our Eastern Catholic brothers and sisters, in the past and at present?
In his May 28th National Catholic Reporter article, John Allen writes of the Greek Catholic Church’s sufferings in the past:

Under the Soviets, the Greek Catholic Church in Ukraine was the largest illegal religious body in the world, and the most persecuted…..  During his 2001 visit to Ukraine, John Paul II beatified 27 Greek Catholic martyrs under the Soviets -- one of whom had been boiled alive, another crucified in prison, and a third bricked into a wall. 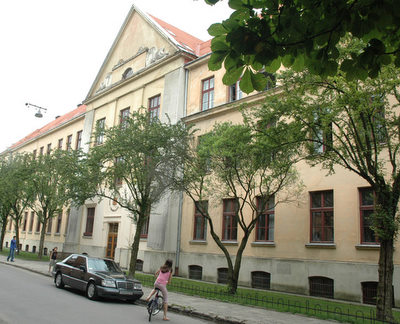 In the same article, he writes of the their sufferings in the present:  “Today, however, Catholicism in Ukraine may once again be at risk, as a new government has come to power which seems bent on reviving Soviet-style authoritarianism.”  On May 18, the Ukrainian secret police visited the Ukrainian Catholic University in Lviv.  This is the only Catholic University in the former Soviet Union.  The Ukrainian secret police tried to get the university's rector, Father Borys Gudziak, to sign a paper of cooperation in limiting student demonstrations. In my Catholic Focus episode, The Light of the East Part 2, we met Fr. Roman Rytsar, who taught at the Ukrainian Catholic University in Lviv.  Fr. Borys Gudziak is the one who introduced him to the Metropolitan Andrey Sheptytsky Institute, an institute dedicated to spreading knowledge of the Christian East.  I invite you to pray and do what you can for our brothers and sisters in the East. Read the rest of John Allen’s article HERE. To view Light of the East, part 1 and 2, go HERE.