Catholic Focus: The Light of the East, part 2

In March, I went to the only place in North America where you can obtain a doctoral degree in Eastern Christian Studies – the Metropolitan Andrey Sheptytsky Institute.  So if you’ve ever asked yourself “Do I know enough about the Eastern Catholics who form part of my Catholic family?”, read the rest of this blog. 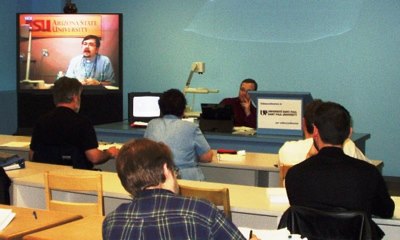 In my Catholic Focus episode The Light of the East, part 1, I explored the identity of the Eastern Catholic Church.  In part 2 of The Light of the East, I focus on the Metropolitan Andrey Sheptytsky Institute, an educational institute in Ottawa that spreads knowledge of the Christian East. In this second part, Fr. Peter Galadza, who teaches at the Institute, gives me a tour and introduces me to many interesting students of different faith backgrounds.  I also learned about the faith journeys of three students:  Fr. Roman Rytsar, who brought his family from Ukraine to study at the Sheptytsky Institute; Olenka Galadza, wife of Fr. Peter Galadza, who has had seven generations of married Eastern Catholic priests in her family; and finally, Andrew Bennett.  Andrew Bennett was raised a Roman Catholic but now belongs to the Eastern Catholic Church.  He speaks very highly of both “lungs” of the Catholic Church, the East and the West, and of how his faith discovery led him closer to God. Tune in tomorrow, May 26th, or Saturday, May 29th, at 7:00pm and 11:00pm ET for the Catholic Focus episode The Light of the East, part 2:  The Metropolitan Andrey Sheptytsky Institute.