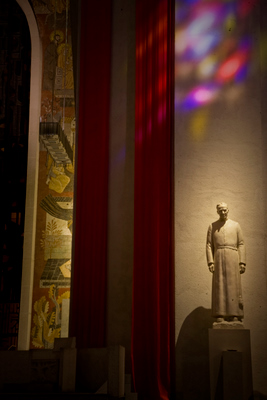 So we’ve decided to feature a special episode of Catholic Focus entitled “Remembering Brother André”. This episode will give you a chance to hear a few wonderful stories that weren’t in the documentary: So, join me for the Catholic Focus: Remembering Brother André which airs on Thursday, October 28th, at 7:00pm and 11:00pm ET, and repeats on Saturday, October 30th at the same times. St. André, pray for us! - Photo: © Steven Scardina 2010