This year’s Canadian Gospel Music Association’s Covenant Awards nominations include two Catholic singer/songwriters well-known to S+L audiences: Chris Bray and Janelle.
Alberta-native Janelle is best known to us as the singer of the Frenc 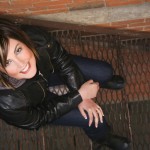 h version of the World Youth Day 2002 Theme Song, Lumière du monde. Since then, Janelle’s powerful voice and dynamic enthusiasm has led her around Canada, the U.S. and New Zealand to bring souls closer to Christ through her music and message. Her last album, Livin’ For Something was nominated for a Juno in the “Christian Pop/Contemporary Album of the Year” category in 2006. I believe she is the only Canadian Catholic artist to ever be nominated for a Juno. This year, her latest album, What I Gotta Say is nominated for Covenant Awards in two categories, “Pop Album of the Year” and “Album of the Year.” As well, her song Give Me a Reason is nominated for “Inspirational Song of the Year” and Janelle herself is nominated as “Female Vocalist of the Year.” This is not Janelle’s first brush with the Covenant Awards, her album Livin’ For Something was nominated in the “Pop/Contemporary Album of the Year” category in 2006; she was also nominated in 2003 as “Female Vocalist of the Year” and her album New Day won the "Pop/Contemporary Album of the Year" in 2003. Her newest album, What I Gotta Say moves from the lyrical pop of I Delight in You and Here I Am to soft ballads like Beautiful Scars and Deeper Still, (which has a great message for young girls) and the dancy Latin beat of the title track. This is an album that can stand on its own against the hippest, latest pop on the radio and it’s definitely something you want your teens to be listening on their iPods. If you are looking for excellent production, full sound, inspiring lyrics, memorable melodies, great beats and a super blend of pop/rock edgy music you can dance to, I suggest you look for Janelle’s What I Gotta Say. You will not be disappointed. 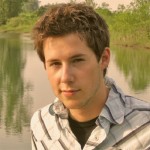 Chris Bray is not as well known to our viewers, but he should be. Chris is nominated as “New Artist of the Year” and his new album, titled simply, The Worship Album is nominated in the “Worship Album of the Year” category. It is a refreshing new release that promises to breathe new life to the Catholic music scene in our country. Chris Bray is a young, married, normal Catholic from the Diocese of London, Ontario – the new album, released in March 2009 and produced by Andrew Horrocks, includes 12 worship tracks, from ones you can dance to, such as Called and Finally Let Go, to the more reflective Father I Love You and You Are Kind, You Are Lord. The album also includes songs that can be appropriate for Liturgy, as is Holy is the Lord and Hallelujah We Sing and even songs that address social issues such as Take Me Far Away. Yet all of them, are songs that lead us to praise. And that’s what I love about Chris and especially this album. We need good Catholic praise music. We need good music that can be used in Liturgy, but we also need well-produced music that can get Christian radio-play and that can even appeal to the secular market. In Chris Bray's The Worship Album, we get all this AND we get a profound worship experience that is also deeply rooted in our Catholic traditions and in Christ. The Worship Album is fresh and it’s contemporary. It’s faith-based music that God can use. If you are not familiar with Chris Bray, I encourage you to look him up. The Gospel Music Association Canada was founded in 1974, and its mission is to promote the growth and ministry of the Christian music arts in Canada. They accomplish this mission by working to raise the profile and interaction between Christian artists, songwriters, producers and others working in Christian music with media, retailers, distributors and church leadership. The GMA Canada is committed to nurturing and developing its members through educational programs as well as celebrating outstanding achievements and standards of excellence in all areas and genres of Canadian Gospel music. To this end, GMA Canada presents the annual Covenant Awards. Catholics who’ve won Covenant Awards are Mark Mallett in 2003 for his Love Holds On album, in the "Country/Bluegrass Album of the Year" category, and Fred Cacciotti who won the "Instrumental Song of the Year" in 2006 for his song "Dancing in the Light." The Canadian Gospel Music Association’s Covenant Award Ceremony will take place in Calgary this coming October 23rd, with the GMA Conference taking place from the 21st to the 23rd. Janelle will be performing at the Awards Ceremony and Chris Bray will be performing at the Worship showcase at the Bow Valley Christian Church on Oct 21st. Good luck to Janelle and Chris Bray!