Every day I usually take a moment to take a look at the photos on the Catholic News Service newswire. 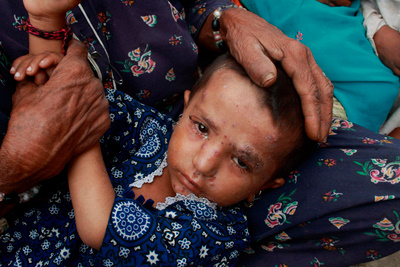 In the last couple of weeks, I've come across heartbreaking photo after heartbreaking photo coming out of Pakistan, where flooding has devastated the region. At least four millions people have been left homeless -- that's nearly the combined population of Toronto and Montreal! Aid has been slow coming to those affected, and unsanitary conditions are leading to the spread of disease.  Disease is not the only problem though, but unrest is also growing in the region and selfish acts as well. Pope Benedict has appealed that the international community reach out to Pakistan.  Speaking a couple of weeks ago at his Wednesday General Audience:

May these brothers of ours, so harshly tested, not lack our solidarity and the concrete aid of international solidarity. 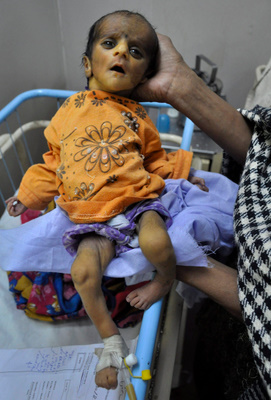 Here in Canada, Development in Peace,  the Canadian member of Caritas Internationalis, is raising money for flood victims. Vatican Radio offers this recent conversation with a Caritas Austria aid worker who has been in Pakistan for ten days.  She says though the floods are beginning to subside, the country remains in a state of emergency.  Listen to that interview HERE. Zenit has also published an interview with a Caritas Pakistan aid worker.   In recalling the primitive living conditions as a result of the flooding, he noted: "Although food and clothing continue to be a great need, the world must think of ways to help them live with dignity."  You can read the full interview HERE. - Photos: CNS