Cardinal Wuerl: "We have succeeded in electing a pastor.” 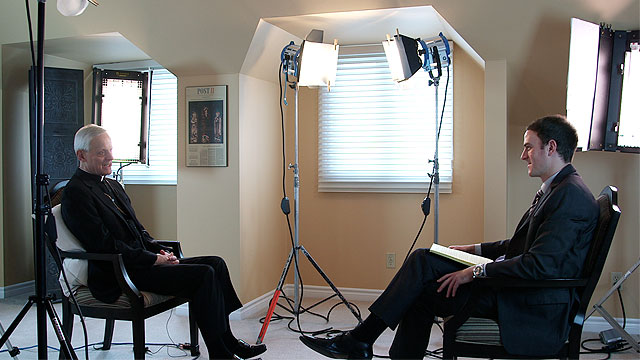 Point of View: Interpreting the Francis Effect is a S+L series that goes deeper into the important questions surrounding the person and pontificate of Pope Francis.  The series consists of a selection of the full interviews from S+L’s original documentary The Francis Effect. This week: Cardinal Donald Wuerl On the evening of February 28th, 2013, the world watched the historic departure and official resignation of Pope Benedict XVI. The atmosphere in Rome was somber, and everyone felt a little empty and anxious. As part of our coverage that night I had the opportunity to interview Cardinal Donald Wuerl, the Archbishop of Washington, who had generously made himself available to the media. I asked him, “How do you feel?! Having witnessed all of this, knowing Pope Benedict well, and now turning to the daunting task of electing his successor?” To my surprise, he looked at me and smiled and said confidently, “I have so much hope at this moment! What Pope Benedict has taught us through this incredibly humble gesture, is that we can and should do things differently—that we don’t have to be afraid, because the Lord is with us.” The next time I saw Cardinal Wuerl he was doing an interview with Scott Pelley of CBS, minutes after Pope Francis had appeared on the balcony of St. Peter’s for the first time. It was cold and late on March 13th; the Cardinal was in a satellite studio at the North American College and I was watching Scott conduct the live interview from their studio overlooking St. Peter’s Square. Scott, knowing that he couldn’t get a detailed play-by-play of the election, asked the Cardinal what he and the others had accomplished. The Cardinal, who looked exhausted yet relieved, smiled enthusiastically and said, “We have succeeded in electing a pastor.” The Church and the world have experienced the “Francis effect” for two years now, and there’s no sign of the Pope slowing down anytime soon. There are many Catholics around the world who have come alive or found a second wind because of his ministry. One of them is Cardinal Wuerl, the pastor and teacher who, as you will see, speaks with conviction and clarity; a shepherd who is close to the people and equally close to Francis; a witness to the joy of the Gospel.