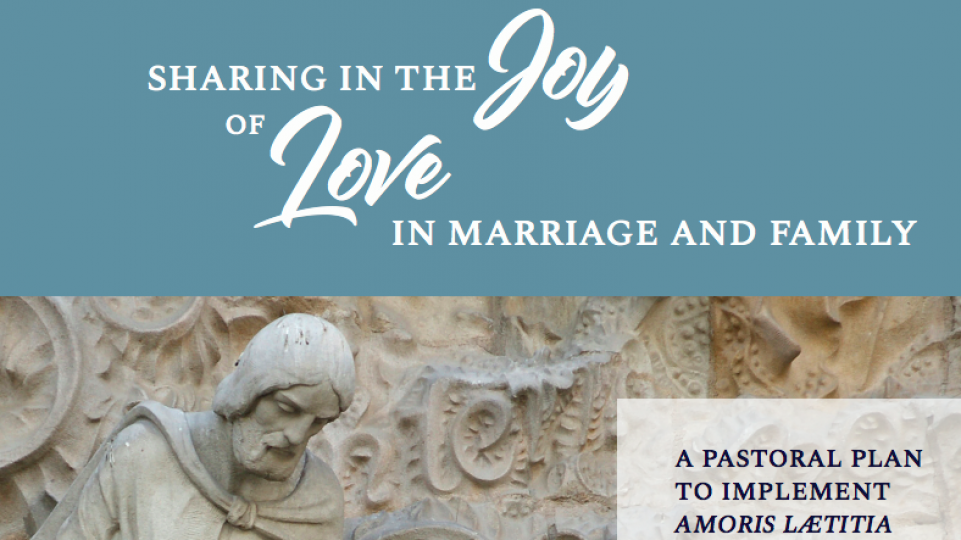 Cardinal Wuerl Releases First Detailed Pastoral Implementation Plan for Parishes on Amoris Laetitia On Sunday March 4th, Cardinal Donald Wuerl, Archbishop of Washington, makes public “Sharing in the Joy of Love in Marriage and Family.” This beautiful document is a broad and detailed pastoral plan and is the first of its kind in implementing Amoris Laetitia at the parish level in North America. In releasing this document, Cardinal Wuerl is encouraging the participation of all families, couples and individuals in the life of his own Archdiocese of Washington, while also promulgating “Sharing in the Joy of Love in Marriage and Family” in preparation for the World Meeting of Families later this summer in Dublin, Ireland. Once again, the Archbishop of Washington offers extraordinary teaching and pastoral leadership to his own diocese and to the universal Church. The Archdiocese of Washington has sent copies of the plan in both English and Spanish to all 139 parishes in preparation for this weekend. Additionally, the cardinal has encouraged priests of the archdiocese to read the plan and preach about it at all parish Masses this weekend. Sharing in the Joy of Love in Marriage and Family will be available on the archdiocese’s website on this evening here. Direct link to the pastoral plan here.