Cardinal Jean-Claude Turcotte, the Archbishop of Montreal returned his Order of Canada Thursday, in protest of the appointment of abortionist Henry Morgantaler to the Order. Here is Cardinal Turcotte's statement: 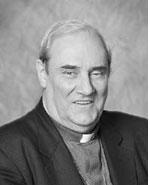 Declaration by Cardinal Jean-Claude Turcotte, Archbishop of Montréal On May 9th 1996, the office of the Governor-General of the time, Mr. Roméo Leblanc, announced that I had been named to the Order of Canada. I had accepted this honour on behalf of all those who, because of their faith in Jesus Christ, work in the social domain to serve the most disadvantaged of our society. I have the greatest respect for the Order of Canada. It is meant to recognize the contribution of persons who help to bring about the progress of our society and who are concerned about the future of our world. Until recently, I sincerely believed that the Order of Canada was bestowed upon persons about whom there was a consensus. I was away when the Governor-General, Madame Michaëlle Jean, announced the nomination of Dr. Henry Morgentaler to the Order of Canada. This announcement generated a great deal of criticism on the part of those who do not share Dr. Morgentaler’s views regarding the respect for human life. I must admit that I had hoped that, in light of the large number of protests, the Consultative Council for the Order of Canada would revise its decision. Because it has not done so up to now and because silence on my part might be misinterpreted, I feel obliged in conscience to reaffirm my convictions regarding the respect for human life, from conception to death. We are not the masters of human life; it rests in the hands of God. As a result, I wish to declare that I am renouncing the title of Officer of the Order of Canada, bestowed upon me in 1996, and that I am returning the insignia that was given to me.

Cardinal Turcotte joins a handful of others who have publicly, and silently, returned the award. It is a courageous move, and a strong example for the flock that he shepherds. The news had me thinking about our own Canadian federal election coming mid-October. Clearly the issue of abortion, and the dignity and protection of human life, is still on the mind of many Canadians. What are the candidates saying about life? Who is supporting what? How will this affect my vote? There are many things for us to think about in the coming weeks.