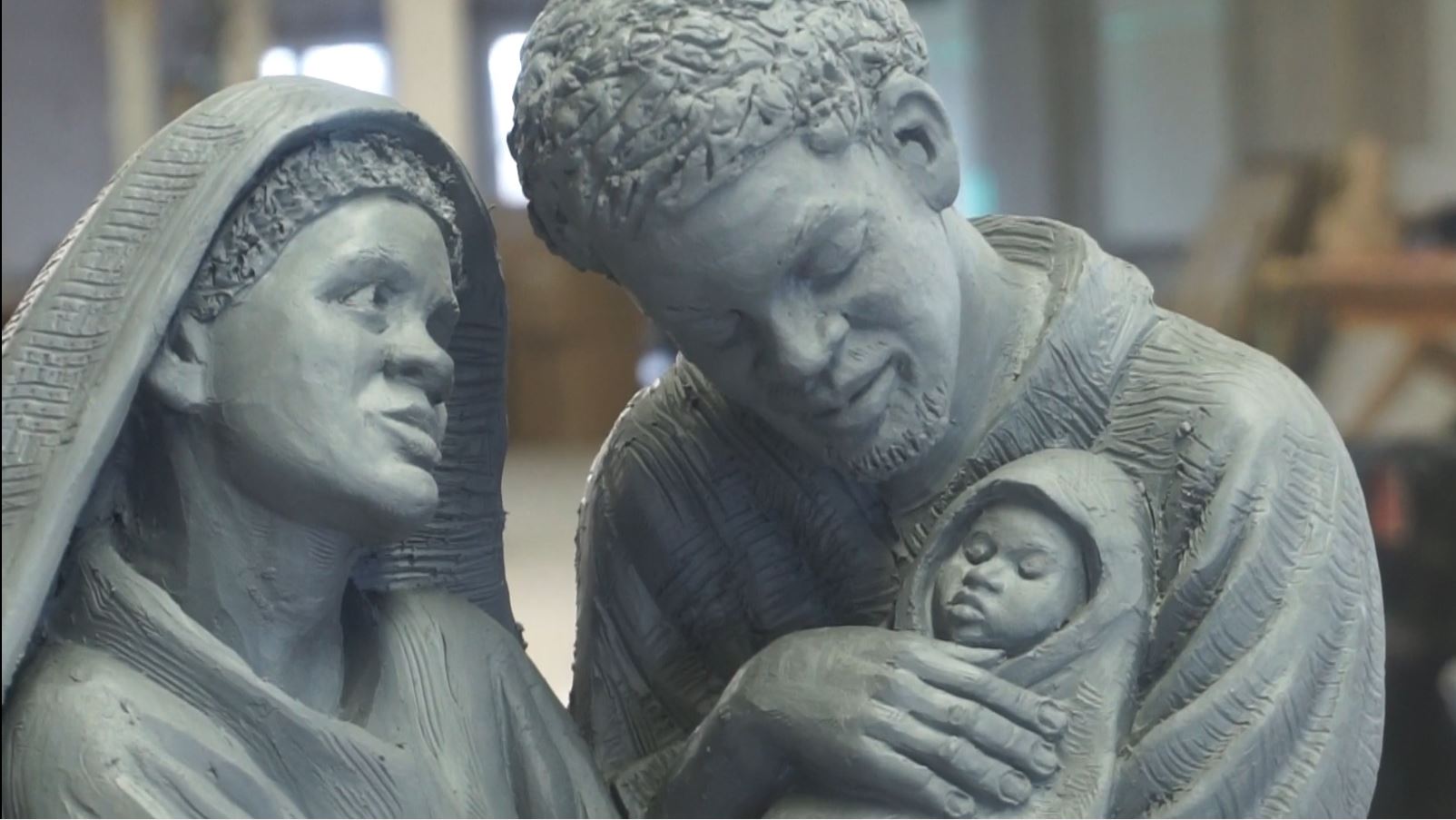 Courtesy of Timothy Schmalz
Long before the unfortunate events that led to the Black Lives Matter movement's rapid spread around the world, Canadian Catholic sculptor Timothy Schmalz was at the forefront of creating Christian art using African-American models to depict events in the life of Jesus Christ. In fact, the first of his "African works" was commissioned in 2018 by Archbishop Wilton Gregory, currently the Archbishop of Washington, D.C., while he was still at the Archdiocese of Atlanta. The archbishop commissioned a life-size crucifix as a centrepiece for the archdiocesan headquarters featuring an African-American representation of Jesus on the cross in a sculpture that Timothy simply calls, "The Atlanta Jesus". 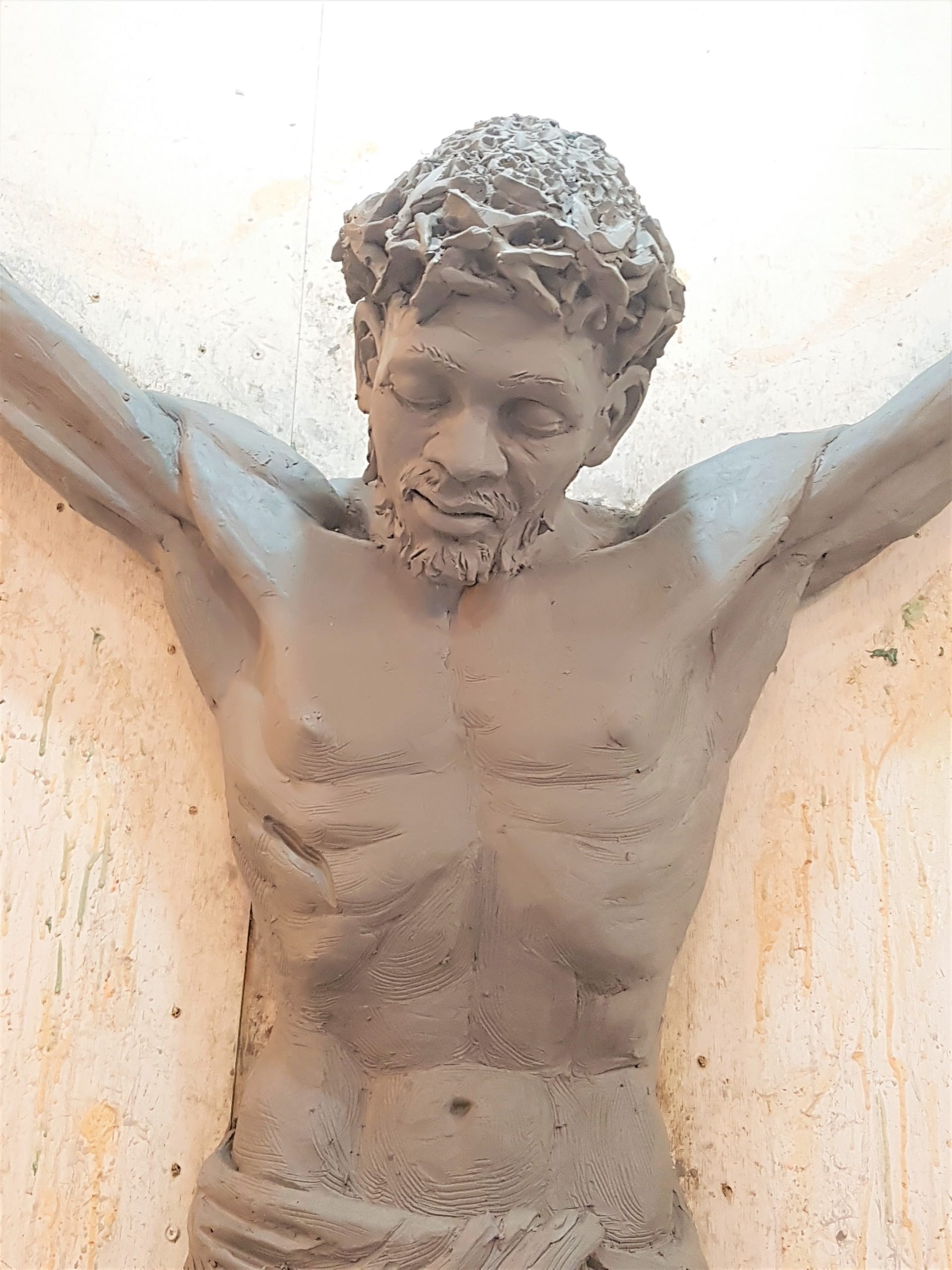 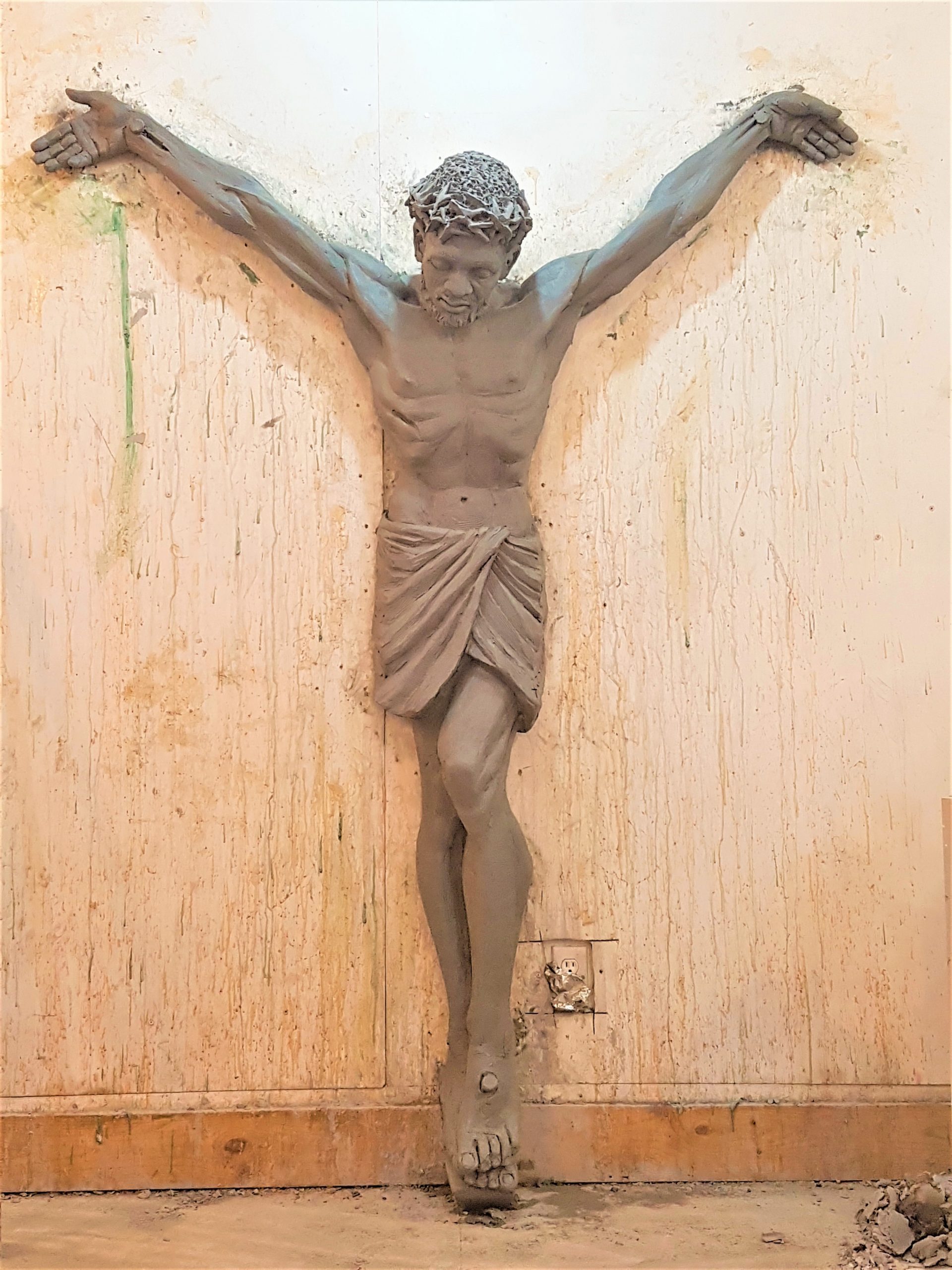 Courtesy of Timothy Schmalz
Earlier this year, from his studio in Elmira Ontario, Timothy began a new series of Black Christian sculptures to show what he calls, "a visual welcoming to the church", starting with a sculpture of the Holy Family, using the same principal representations that he used in the creation of the Atlanta Jesus. During a recent phone interview, Timothy explained to me that it wasn't the tragic death of George Floyd and the subsequent protests that initially inspired the sculptures but rather the idea that, "if Catholicism is universal, then it should look universal in its Art." "Art,"  he explains, "is the visual ambassador of the Church. Artwork needs to be welcoming, and to do that, one needs to show the people it represents. I am European background, and I am very proud of that, but the Church is universal and it should have figures of all races within the artwork. I do not care about how the historic Jesus or Mary looked; that is not using art effectively. Perhaps some art can be historic but other representations can be culturally and racially inclusive,  just as religion is meant to be. It has to be flexible to be powerful."