Bishop Pierre Morissette, the President of the Canadian Conference of Catholic Bishops, has released a pastoral letter on the Revised Roman Missal and its liturgical norms. The missal will be implemented across English-speaking Canada on the first Sunday of Advent. 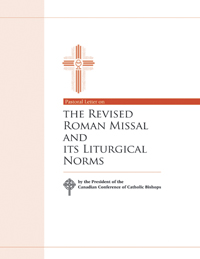