My morning routine always begins by checking the Holy See Press Office’s Bollettino, or its English counterpart, the Vatican Information Service. While not all of the communiqués seem relevant to my work—bishop appointments to 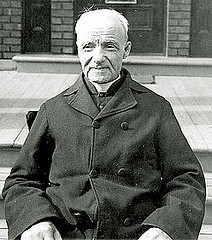 Switzerland, the creation of a new diocese in Malaysia—other announcements can be electrifying.
Like today, the Vatican hinted at the imminent canonization of Quebec-born Blessed André Bessette (1845-1937). Beatified by Pope John Paul II on May 23, 1982, Bl. André could very well become Canada’s second native-born Saint--the first being St. Marguerite d’Youville, foundress of the Order of Sisters of Charity of Montreal (also know as the Grey Nuns). Popularly-known as Brother André, he will be discussed among five other probable Saints at a consistory next Friday. To be held at the Vatican's Apostolic Palace, the consistory (coming from the Latin root “consistorium”, which simply means "sitting together") is the last formal step before canonization. If, after a thorough assessment, the Cardinals come to a consensus regarding the sanctity of the candidate (based on reams of collected testimonies and biographical research), the Holy Father will then announce a date for the Rite of Canonization. Renowned for his profound devotion to St. Joseph, Br. André is credited with the original vision for what is today St. Joseph’s Oratory in Montréal. Though he held many lofty ideas on how God should be glorified, he was given the lowest assignment for the bulk of his religious life--that is, he was assigned as the doorman of Notre Dame College, where the brothers lived and taught. "At the end of my novitiate, my superiors showed me the door, and I stayed there for forty years," Br. André often joked. 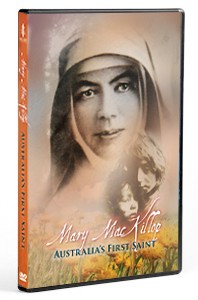 Br. André’s path to sainthood has been considered almost certain since December 19th, when Pope Benedict XVI approved a second miracle attributed to his intercession. His holiness, however, was widely recognized long before his death—the Votive Chapel in St. Joseph’s Oratory is filled with ex-votos attesting to his healing prayers while he was still alive. Even his first pastor saw his potential: a young, then-illiterate Bessette arrived on the doorstep of the Holy Cross Brothers bearing a note that read: “I am sending you a saint”. The pastor’s projections may not be far off! This was not the only exciting news in the S+L office today—after reading that same Bollettino announcement, I sent my colleague Mary Rose an exclamatory text message telling her that Blessed Mary MacKillop would be included in the consistory. If the 19th century foundress of the Sisters of St. Joseph of the Sacred Heart is canonized—and her congregation is already preparing for such an event—she will become Australia’s first Saint. While we were in Australia for World Youth Day, Mary Rose and I hosted a half-hour documentary about Bl. Mary McKillop that premiered on S+L last year. (To learn more about this trailblazing religious, you can purchase your copy here.) As announced this morning, the other four candidates at the consistory are: Credit to Jenna Murphy for additional writing and research