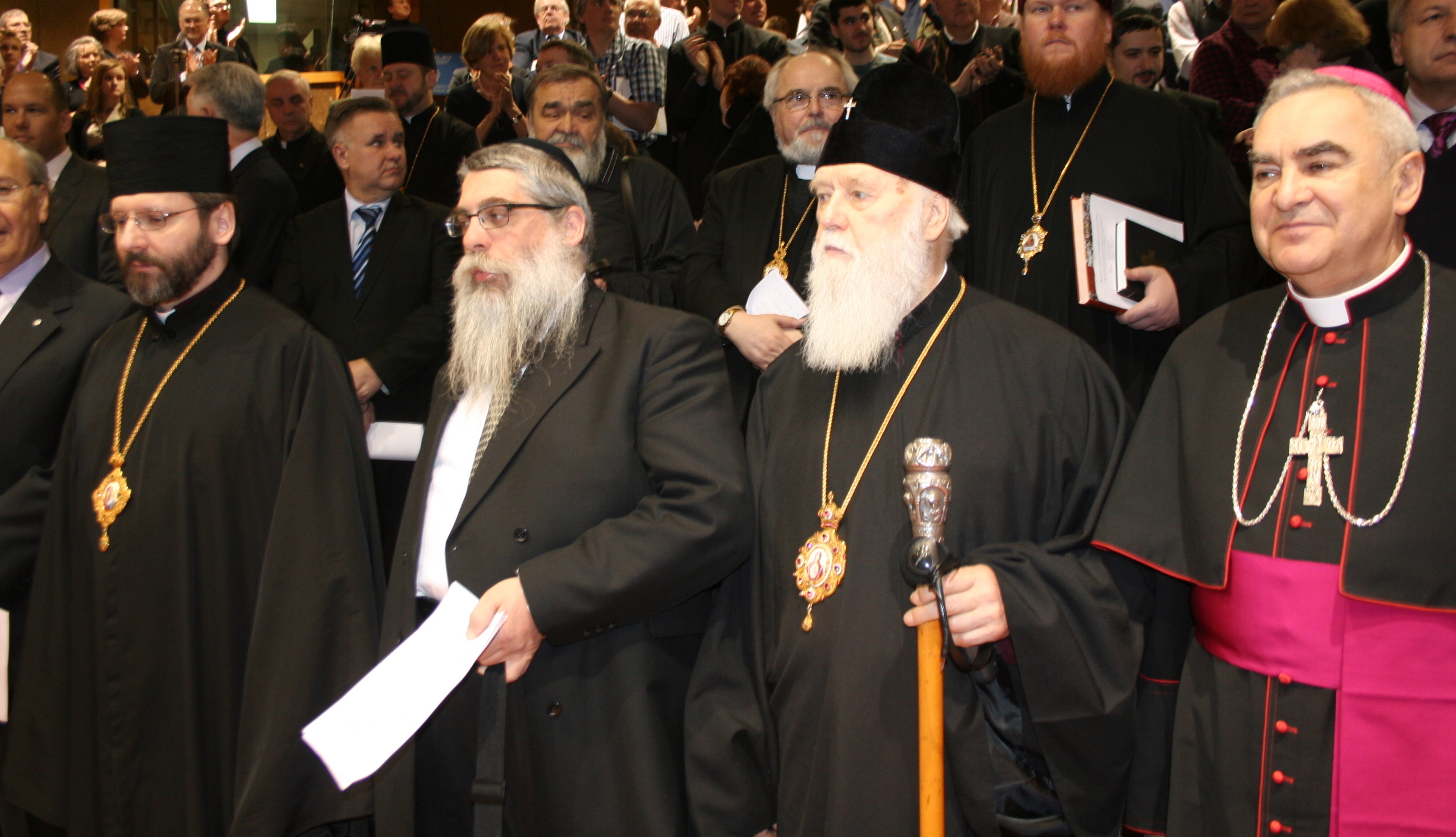 An interfaith delegation of nearly 20 religious leaders from Ukraine were in Canada this week.
The delegation included Major Archbishop Sviatoslav Shevchuk (Patriarch of the Ukrainian Catholic Church), Mr. Jacob Dov Bleich (Chief Rabbi of Kyiv and Ukraine), Patriarch Filaret Denysenko (Ukrainian Orthodox Church – Kyivan Patriarchate), as well as senior representatives of the Roman Catholic, Evangelical and Adventist Churches in Ukraine, together with the head of the Muslim community in Ukraine. On April 25, they participated in an interfaith symposium at the Metropolitan Andrey Sheptytsky Institute of Eastern Christian Studies (MASI) at Saint Paul University in Ottawa. The theme for the event for the symposium was, “Honouring Andrey Sheptytsky: Ethical Action in Extreme Conditions”. The delegation is currently on a four-city North American tour to bring attention to the humane and courageous statements and deeds of Metropolitan Andrey on behalf of Jews during World War II. It is all the more significant that the chief rabbi of Kiev, Rabbi Jacob Dov Bleich, is among the initiators of this action and will be a prominent guest with other Jewish representatives, together with other leaders from the Ukrainian Catholic, Ukrainian Orthodox, Roman Catholic, Evangelical and Adventist Churches, as well as the head of the Islamic community in Ukraine. You can imagine that it took some time to make sure that all these leaders would be able to travel as a group, and so, we were unable to announce anything earlier than this. Before the symposium, the delegation had met with representatives of the federal government and on Apr. 23, the delegation spent some time in Toronto - meeting with His Eminence, Cardinal Thomas Collins. Their visit to North America was sponsored by the Ukrainian Jewish Encounter (based in Toronto) and was encouraged by the Chief Rabbi of Kyiv and Ukraine. After leaving Canada Apr. 26, the delegation flew to Washington, D.C. then on to New York City. - Credit: St. Paul University, Ottawa