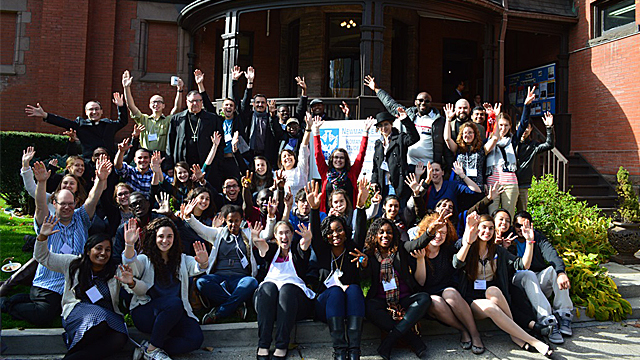 The Newman Centre at the University of Toronto hosted its first 3-day Regional Canadian Catholic Students Association Conference (CCSA) over the weekend of October 23 - 25. CCSA Conferences are organized annually to bring together students who are actively engaged in their university chaplaincies to network, to share best practices for mission and ministry, and to be nourished intellectually and spiritually. The theme of our conference was Called to Love: Journeying with the Synod on Marriage and the Family.
Bilingual Conference Held for the first time in Toronto, the CCSA conference at Newman Centre attracted over 70 participants, most of whom were student leaders and campus ministers from 10 different post-secondary institutions. This was the first CCSA conference for 90% of the participants. Thanks to the fundraising efforts of the Campus Ministers from University of Ottawa and Université de Montréal, we were able to raise funds to make this conference bilingual which attracted students from Concordia University (Montreal), Université Laval (Quebec), Université de Montréal (Montreal), and University of Ottawa (Ottawa). It was a great opportunity for Anglophone and Francophone students to come together and realize both the similarities of what it means to be a part of a Catholic movement on Campus, as well as,  appreciate and learn from the differences between Campus Ministries in Ontario and Quebec.
Conference Speakers Our 17 speakers came from a variety of backgrounds and experiences. There were couples, parents, consecrated religious, and those in courtship who shared very personal experiences – the good, the bad, and the ugly – bearing witness to the grace of God that they received through their joys and struggles. Others were professionals who shared their expertise in areas of fertility care and also the annulment process. Presentations were made through keynotes and workshops and the content married theology with real-life experiences. Every presentation was brimming  with advice and suggestions on how to prepare one’s self not simply to enter into a state of life but to know that entering into a state of life is not just saying ‘Yes’ to the Lord once, but instead to say ‘Yes’ to Him every day of one’s life. The talks were delivered in the spirit of the synod, creating a space for questions, discussion and an awareness of the reality of the vocation of marriage and family life which is in stark contrast to mainstream media’s portrayal of marriage. 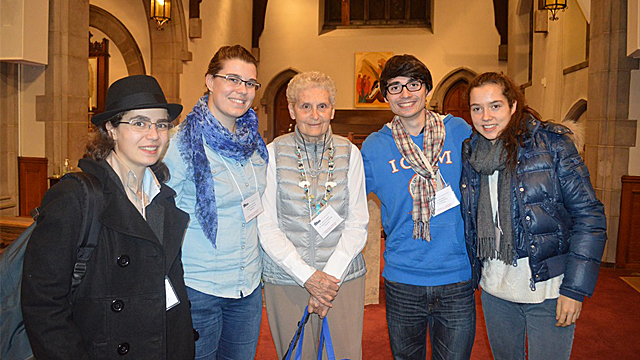 Participants Reactions The participants were amazed by the honesty with which many of speakers shared in matters of mental health, adoption, interfaith discussions, financial struggles, and the many times they had to place the needs of their spouse above their own. Participants were also exposed to how the role of individual and communal prayer in family life strengthens their bond. That is, they got to envision, “A family that prays together, stays together,” in action. In addition to a clearer understanding of marriage, participants were also given a chance to appreciate the inner workings of the opposite sex in our ‘Reverse Men’s and Women’s Sessions.’
Participants witnessed first hand Pope Francis’ remarks on the family, namely, “There is no greater “school” to teach us such fidelity than marriage and the family, which are, in God’s plan, a blessing for our world,” and in another place, “….the truth is that our freedom is shaped and sustained by our fidelity to the choices and commitments we make throughout life,” [Pope Francis, General Audience October 21, 2015]. In other words, they got to witness the beauty of making a choice to enter into a state of life and the grace and freedom this choice brings in daily life.
Conference Goal Achieved Overall, this conference gave participants not only a clearer understanding and appreciation of marriage and the family life, but it also allowed students to network with each other and appreciate the different ways that Jesus’ name is spread throughout the university campus. We (Fr. Chris, Erin, Natasha and I) were very grateful for the opportunity to host such a conference that brought together the opportunity to develop lifetime networks and friendships.
List of Talks:
Breakout Sessions: 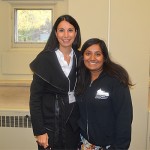 Sonal Castelino, M.Div, is the Associate Director of Formation and Programs at the University of Toronto Newman Centre.