The Catholic Church in Canada will have another saint to call its own come this fall. 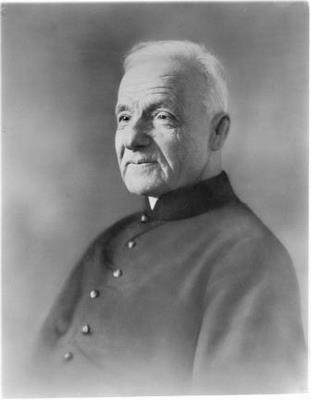 There was no doubting the holiness of Blessed André Bessette, CSC, but come Sunday, October 17th, the Miracle Man of Montreal will be officially recognized as a Saint by the universal Church. The date was announced in Rome today by Pope Benedict XVI at a consistory which we previewed last week on the blog. The founder of St. Joseph's Oratory in Montreal, Brother André was beatified by Pope John Paul II on May 23rd, 1982.  His canonization process began to quickly advance in February of last year when the Vatican’s Medical Commission granted a "favourable decision" on a miracle attributed to his intercession.  Three commissions further investigated Brother Andre's case during 2009, and then on December 19th Pope Benedict XVI authorized the Congregation for the Causes of Saints to issue a decree attributing the miracle to the humble porter's intercession.  The approval of the miracle was the final step in his journey to Sainthood. Brother André will become Canada's second-native born saint.  St. Marguerite d’Youville, the foundress of the Order of Sisters of Charity of Montreal, became the first when she was canonized in 1990. The 2010 "Class of Saints" also includes Australia's first saint, the 19th century foundress of the Sisters of St. Joseph of the Sacred Heart, Mother Mary MacKillop.  As many readers know, we're quite fond of her here at Salt + Light, having produced a 30-minute documentary about her shortly after Sydney's World Youth Day 2008. Also to be canonized on October 17th are: Polish professed religious Stanislao Soltys (Kazimierczyk), Spanish founder of the Congregation of the Daughters of Jesus Candida Maria de Jesus Cipitria y Barriola,  Italian foundress of the Congregation of Sisters Catechists of the Sacred Heart Giulia Salzano, and professed nun of the Order of Poor Clares and foundress of the monastery of St. Clare in the Italian town of Camerino Battista da Varano. - Photo: Les Archives de l'Oratoire Saint-Joseph