Bringing Jesus to a humanity in crisis 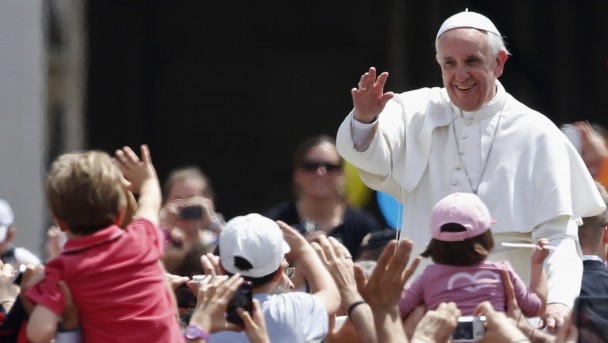 On Saturday, May 18, Pope Francis celebrated the vigil of the feast of Pentecost at St. Peter's Square with members of New Movements. Aside from leading a prayer service, the Holy Father also took part in a question and answer session with members of these movements. Below is a report from Vatican Radio about that session.

And concluding his unscripted response to the questions put before him, on how to be certain in the faith, on how these Movements could live out their mission, about being a poor Church for the poor and about supporting persecuted Christians worldwide, Pope Francis repeated : Never be a Church closed in on itself. Be a Church that goes outside, which is on the outskirts of existence. May the Lord guide us there. Thank you?.