Breakthrough: Can you feel it? 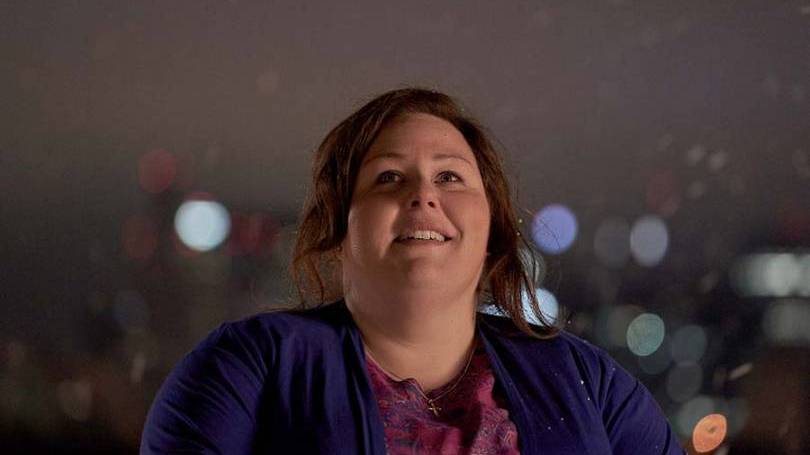 Chrissy Metz plays mother Joyce Smith in the new movie, Breakthrough (Courtesy of Twentieth Century Fox Film Corporation)
Have you ever thought how hard it must be to make a movie based on a book? They always get a lot of attention – and criticism. Is the book or the movie better? Some of my friends would always choose books over movies because there is more room for imagination, and they portray a fuller picture of the story. And what about movies based on stories from the Bible? How can they still be so compelling when we know the stories so well? I've lost count of how many times I've watched The Ten Commandments (1956). The most exciting scene is when Moses divides the Red Sea with the help of his vintage walking stick. I remember myself standing up, walking towards the TV, and reaching out my hands to try to grab the wall of water. Or when we watched The Passion of the Christ, how many of us shed tears when we saw Christ in pain? How come we still enjoy watching these kinds of movies when we know the story inside out? Maybe it's because we want to see the “real” Moses and the “real” Jesus Christ. Making a movie which is based on a real story must be just as difficult. Before the audience watches the movie, most of them will already have read more or less about the stories in the news. At least, this was the case for me when I went to see the new movie Breakthrough, starring Chrissy Metz, Josh Lucas, Topher Grace, and Marcel Ruiz. On January 19, 2015, in St. Louis, Missouri, a 14-year-old boy, John Smith, fell through an icy lake with two of his friends. He was underwater for at least 15 minutes, and he had no pulse for about 45 minutes after being rescued by firemen. At that moment, no doctors could foresee that he would survive and return to his normal life within two months – without any brain damage. His mother claimed that prayer was the only reason for the miracle. In 2017, her account of the incident was published as the book titled The Impossible. Now, two years later, 20th Century Fox has released this movie. 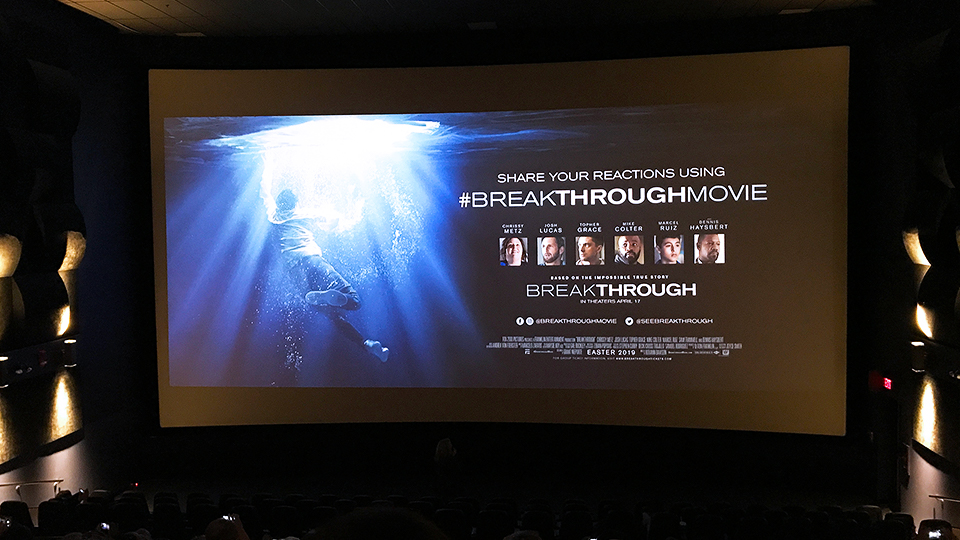 I was invited to a pre-screening of the movie, and I went with pretty low expectations because I had already Googled all the details before stepping into the theatre. It had been a very well known news story at that time. What more could the movie show?

I was so wrong!

I cried my eyes out. And people around me were also sobbing. I was touched – touched by Chrissy Metz, who was perfect as the worried mother, touched by everyone around me in the theatre, and also touched by the storyline. I thought that what I had read online was enough, but without putting myself into the shoes of the family, without feeling the pain, anger, sadness, and sorrow that they felt, the miracle was nothing but mere news about some strangers. I finally understood that the endless ripple effects of miracles, the never ending souls that a miracle can touch, and the limitless power of prayer can change lives. The movie appropriately demonstrates how we - Christians - often underestimate the power of prayer and how amazing the grace from God can be once we surrender ourselves to Him. It made me think again about movies like The Passion of the Christ. We all know the story by heart, but can we truly feel it? Does it really mean anything to us? When a movie is done well (taking everything together: the music, the acting, and the visuals), we can easily put ourselves in the protagonists’ shoes and understand it further. And the feeling you get can be heightened by sharing that same feeling with other moviegoers around you. Trust me. Just listen to their breathing and feel their emotions, and you will have a much better movie experience. Breakthrough will be released in North American theatres on April 17, 2019, which is Easter weekend. Do not miss it! This could be one of the most memorable movies you will watch in 2019. Make sure to bring a box of tissues!