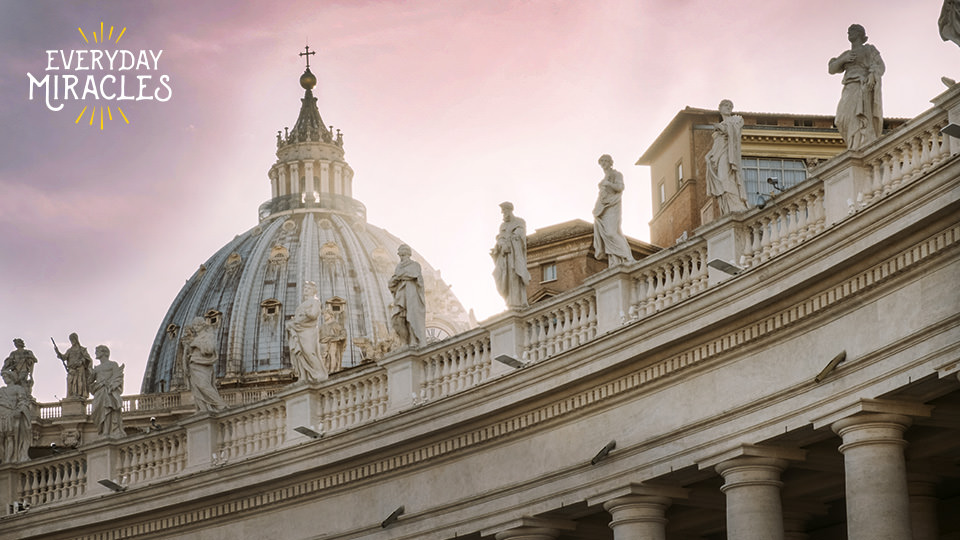 Photo by Simone Savoldi on Unsplash
A number of years ago, I was asked to be part of the organizing committee for the beatification ceremony of a young Italian woman, Chiara Badano. Having just moved to the international youth headquarters of the Focolare Movement in Rome, I spent weeks wading through books and Vatican documents in order to grasp the heroic virtues lived by this young woman who had died of leukemia at the age of 18. In December 2009, we received confirmation that the beatification would take place and that we would need to prepare a worthy ceremony for September 25, 2010. We decided on two venues for the event: the sanctuary of Divino Amore in Rome for the Mass and the Paul VI Hall in the Vatican for the celebration afterwards. We had chosen the sanctuary because thousands were expected to arrive from all over the world and it had an extensive outdoor space which we could use for the expected spillover. The Paul VI Hall would host for the first time in history an event for young people that included a rock concert and modern dance performances. Organizing such an event brings with it many challenges: translations, media coverage, the creation of an official hymn, and dance choreographies, just to name a few! But the biggest challenge of all was the threat of downpour. As the big day came closer, we learned that rain was expected for that week. This created all kinds of logistical concerns because of our reliance on being able to use the sanctuary’s outdoor space. For one thing, we were worried that the sound system and the giant screens outside would break down. But mostly we were concerned about all the people that would get drenched and the ensuing health issues. We considered what options were open to us. One of our members even designed and proposed a way to cover the space. Of course, this all had to be constructed and paid for with money we knew not where to get. In the end, the organizers felt that this was time for a radical display of trust. Since the shrine was well known for all the miracles that had happened there and Blessed Chiara would be on “our” side, we decided to go ahead with the plans and leave the weather in God’s hands. Looking back at it now, it was perhaps the biggest miracle I had ever witnessed in my life. Though it was raining in the area around us, it did not come within the circumference of the shrine. Not a raindrop was felt throughout the Mass by the more than 20,000 people who were outside. We even heard later that the weather reporters could not explain why the area around the sanctuary had remained dry. But in a way, the bigger miracle was Blessed Chiara herself and how her life has touched so many people. The documentary film we made about her life was the source of profound spiritual experience for more than one of the production team. And on the day of the beatification, as we meandered through the traffic of Rome on our way to Paul VI Hall, there was an indescribable atmosphere of joy among all the people – young and old, entire families, priests, religious men and women, bystanders. When the evening ended with the parents of Blessed Chiara (Luce) Badano thanking all the participants, heaven seemed to have opened up and enveloped the entire hall. It was an experience that has marked my life. Chiara Catipon is a consecrated lay member of the Focolare community. She is an English teacher by profession and currently works as campus minister at Texas A&M University Newman Center.