Blessed Carlo Acutis: Millennial Programmer on the Way to Sainthood 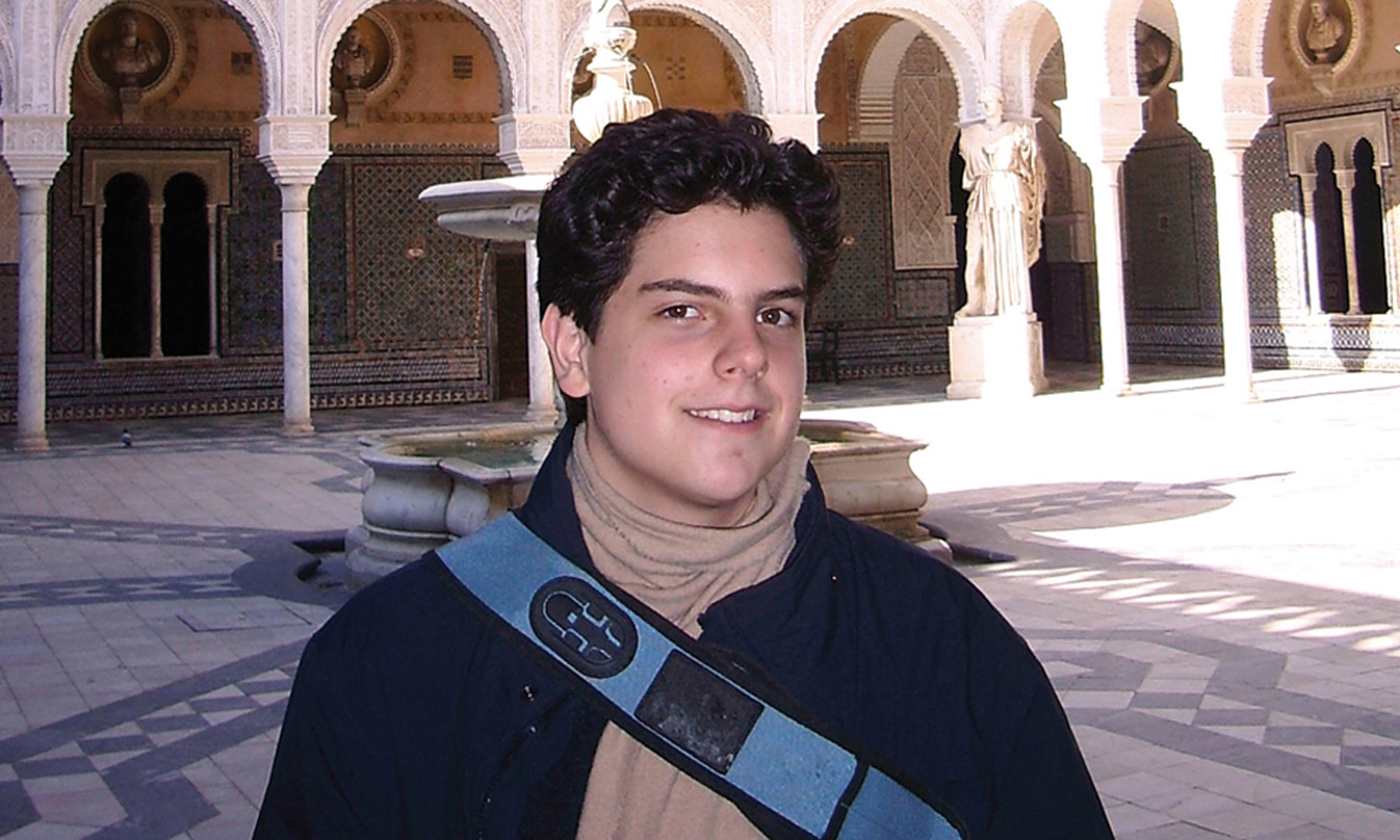 Blessed Carlo Acutis on a Pilgrimage. (Source: Associazione Amici di Carlo Acutis)
Blessed Carlo Acutis May 3, 1991 – October 12, 2006 Beatified: October 10, 2020 Feast Day: October 12 Millennial, computer programmer, gamer, and on the way to sainthood. Blessed Carlo Acutis reminds us that God can use anyone and anything to share His love, including a teenager who spent a lot of his time becoming a genius at computer programming. It turns out he was building one of the first online catalogues of Eucharistic miracles, which you can still access here. He was born in London in 1991 to an Italian couple working in England. They shortly returned to Milan and raised their son there. The family wasn't terribly religious, and didn't actively go to Mass. But something sparked in little Carlo: he received his First Communion when he was 7 and attended Mass daily until his death from Leukemia eight years later. He showed impassioned concern for his friends, especially those whose parents were going through marital difficulties and even divorce. He stood up for classmates who were marginalized for having disabilities, and bore a congenial smile that welcomed and delighted everyone he met. He was a fan of things that weren't considered particularly "holy," just "ordinary": he liked to travel (although that travel was often a pilgrimage to Assisi), enjoyed skiing and like most kids joined the local soccer program. He was also into things that a lot of folks in his day may have looked down on as slothful or just weird. He famously loved video games, although he restricted himself to an hour a week. He did spend a lot of time mastering a skill that not many people his age had the smarts or patience for: computer coding. I can imagine some grownups, including some clergy, furrowing their brows at him and asking, "what are you doing spending all this time on your computer? Shouldn't you be studying or praying more?" His answer, that online catalogue? It details over 100 examples throughout the centuries from all over the world. It has since been translated into 20 languages, and the physical exhibit — printouts of the panels — goes on a continual global tour. This past April and May the exhibit was on display at Mary Queen of the World Cathedral Basilica in Montreal. Its impact is unmistakeable. Most of those examples show how God can bring His extraordinary love into ordinary situations. One powerful example is the entry from Easter Sunday, 1254 in Douai, France. Acutis writes,

“A priest that was distributing Communion unintentionally dropped a consecrated Host to the ground. Immediately he bent down to pick It up, but It lifted itself up in flight and went to place Itself on the Purificator. In Its place, a little later, a wonderful child appeared who all the faithful and religious present in the celebration could contemplate.”

In many ways, Blessed Carlo was a typical, geeky teenager. Yes, his life shows an uncommon degree of sanctity, but that underscores all the more the way God can use anyone, the way God can use any of our interests, passions and hobbies to teach and reach new people. Like that Host that dropped to the ground, many people may have looked down on the efforts and advances of computer science. Like the mystery of Christ’s presence in ordinary wheat and wine, God used Blessed Carlo’s skill with new technology to witness to the Gospel of God's love. Thanks to his effort and that of many other pioneers, using the internet to evangelize and catechize is now entirely commonplace. And like that Host in Douai in 1254, the young Carlo Acutis has been risen to gaze on the Child Jesus face to face. Today on his feast day, we can contemplate the life and witness of this ordinary teenager. And relying on his intercession, we pray that God will pour all of His uncommon sanctity into our routine and ordinary. Blessed Carlo Acutis, patron of teenagers and computer programmers, pray for us!