As Christians in Pakistan mourn the killing of their boldest representative, Prime Minister Stephen Harper and Canada's bishops are keeping his message alive. 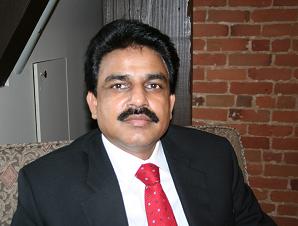 Shahbaz Bhatti was Pakistan's only Christian cabinet minister before his assassination on Wednesday. He visited Ottawa in February, where he told Canadian Catholic News that he was "ready to die and sacrifice my life for the principles I believe." He was an outspoken campaigner against Pakistan's blasphemy law, which he said was being used to persecute religious minorities. He was one of few Pakistanis brave enough to do so following the November killing of the governor of Punjab, another critic of the blasphemy law. Canada's House of Commons unanimously adopted a motion to condemn the killing. Speaking in Question Period, the Prime Minister described Bhatti's death as a "gutless [act] of murderous violence and extremism". Canada's Catholic Bishops are commending Harper for speaking out. Writing on behalf of the episcopal conference, Bishop Pierre Morissette is further encouraging the PM to "ensure that full protection for religious freedom and freedom of conscience are clearly articulated as an essential part of Canada’s own foreign policy." Printed below is the text of Bishop Morissette's letter.

March 3, 2011 Dear Prime Minister: Thank you for your statement yesterday condemning the assassination of Pakistan’s Federal Minister for Minorities, Mr. Shahbaz Bhatti, and your recognition of “his commitment to the promotion of tolerance and religious freedoms in that country." We also are most grateful that you, Foreign Minister Mr. Lawrence Cannon, and Citizenship, Immigration and Multiculturalism Minister Mr. Jason Kenney were able to meet with Mr. Bhatti during his visit to Canada last month, and so encourage his efforts with the Government of Pakistan "to prevent the abuse of its blasphemy laws, which restrict freedom of religion and expression and have disproportionately targeted religious minorities" – to cite your own words. We will be sharing our condolences with our brother Bishops in Pakistan at this tragic killing of a fellow Catholic and an important witness in that country to the principles and values of our faith. As well, we recommit ourselves to do all we can to encourage interfaith dialogue, collaboration and respect, both in Canada and abroad. Unfortunately, one of the current challenges to this is the persecution and intolerance being directed against Christians in a number of countries. Freedom of religion and freedom of conscience are at the very heart of all human liberties and freedoms. Because of this, and in the name of justice and tolerance, the Catholic Bishops of Canada encourage your government to ensure that full protection for religious freedom and freedom of conscience are clearly articulated as an essential part of Canada’s own foreign policy. We also ask that you promote and articulate this not only at international meetings but also in our nation’s dealings with other nations, especially in the Middle East and the Far East. Sincerely in Christ Our Lord, The Most Reverend Pierre Morissette Bishop of Saint-Jérôme President Canadian Conference of Catholic Bishops