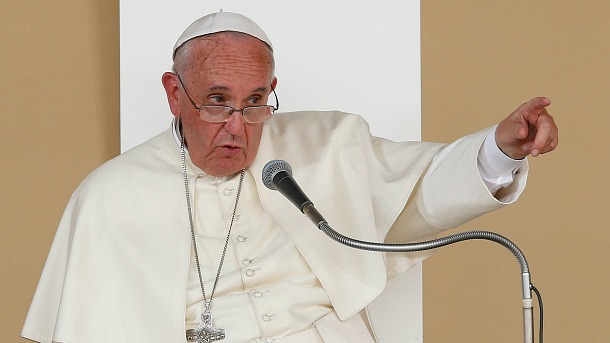 The idea that a pope, or any pastor, would call his flock to assess how their lives are impacting the earth, caused waves and turned heads last week. Barely a week later, the Vatican has released the working document, or “lineamenta” for the upcoming Synod on the Family.
Scheduled for October 2015, the synod is expected to pick up the key discussion points raised at last year’s Extraordinary Synod on the Family and, hopefully, move some of those points to the stage of concrete proposals to be implemented around the church.
Many of the same issues from the 2014 working document found their way into the 2015 lineamenta, but several new topics finally made it onto the synod’s radar. Among those newly discovered topics:
Grandparents and widowhood
The lineamenta focuses on the role of grandparents in several sections. First grandparents are recognized as key players in the transmission of the faith, but not only. In one paragraph grandparents are recognized as the family members who pass on family traditions and cultural customs, giving children a way to connect with their own roots and thus their identity. Those same grandparents, according to the document provide vital economic support - in cash or in kind- to young couples with growing families. I.e.: grandparents babysit their grandchildren for free.
When it comes to dealing with the loss of a long-time spouse, the lineamenta proposes that grandchildren play an important role in helping their grandparents adjust when they become widows or widowers. Having a family to direct their attention to, in a new way, helps fill the void when a spouse dies. The whole Christian community is called upon to gather around widows and widowers who, for a variety of reason, do not have family to support them in this new chapter of their lives. Families with special needs children
Attention is given - finally- to families with special needs children. These families face countless, daily challenges that they never imagined when they were expecting their child. As many families with special needs members will tell you, they also receive tremendous blessings through that child. However, there are few resources in the church for these families: few options for the educating their children in the faith, and limited structures in the church to support them. Given medical advances the lifespan of special needs children had extended significantly. Today, parents of special needs children also find themselves asking with increasing urgency, “what happens to my child when I’m gone?”
Divorced Catholics
The thorny issue of divorce returns to the scene. Yet this time there are a few variations on the theme. Specifically, the lineamenta looks at divorced Catholics who have not remarried but believe they are in a state of sin and abstain from the sacraments. Conversely, divorced and civilly remarried Catholics who for a variety of reasons abstain from sex in their new relationship. They can, according to the lineamenta, receive the sacraments. Whatever the particular situation the lineamenta states that pastoral care and accompaniment must be given to all divorced catholics. To that end priests need to be better trained, and dioceses would do well to establish specialized pastoral program for people who find themselves in such a situation.
Starting a conversation
The guiding principle behind all of the issues brought up in the synod document is that the current global culture is not favorable to families. The church, therefore must be able to offer what the rest of the world cannot. When it comes to the difficult issues that cause estrangement from the Church, the lineamenta reminds the synod fathers that all too often baptized Catholics find themselves distanced from the Church not by choice, but by circumstance or because of things that happen to them “through the actions of third parties.” That acknowledgement is key to ensuring that a serious, open, level discussion takes place.
Every week brings new, exciting, and sometimes juicy headlines from behind Vatican walls and every week Alicia delves deeper into one of those headlines. For a full run down of what’s been happening behind Vatican walls, watch Vatican Connections. Already watch the program? Come back every Friday for an in-depth look at an issue, headline or person.