Behind Vatican Walls: The Pact of the Catacombs 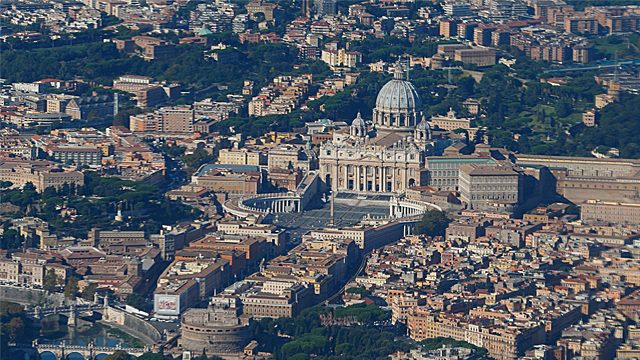 This year marks 50 years since the end of the Second Vatican Council and the promulgation of several key documents that shaped the church. There is one document, not part of the official canon of Vatican II documents, that shaped the church just as much yet has been almost forgotten. It is called the Catacombs Pact and has experienced a resurgence on its 50th anniversary due, some say, to the ecclesiastical climate created by Pope Francis.
On November 16, 1965 a group of 42 council fathers paid a visit to the Catacombs of Domitila on the outskirts of Rome. At an altar deep below the surface of modern Rome, surrounded by tombs of ancient Christians, Bishop Charles-Marie Himmer of Tournai, Belgium celebrated mass for his fellow council fathers. Following the Mass the fathers composed a text: a set of principles they would agree to adhere to in their ministry. Then-Bishop Helder Camara took served as the group’s scribe.
Among other things, the council fathers agreed to live simply, renounce the pomp and luxury that came with episcopal positions, and entrust the administrative aspects of running a diocese to competent lay people. Essentially, they agreed to let nothing get in the way of being pastors.
Location, location, location
Making the trek out to the catacombs of Domitila in order to sign the document was just as important as the content of the pact.
The best known catacombs under the Eternal City are the catacombs of St. Callixtus which house the remains of nine early popes. The entrance to the catacombs of Domitilla, which house the tombs of 100,000 early Christians, are close by but less advertised. The underground complex is also home to the only underground basilica that can still be visited. The message was clear: “we’re getting back to basics.”
Modus Operandi
Given the name of the pact one expects to find earth shattering statements in the document. To the modern eye the content is rather…..well, unexciting. In 1965, the points contained in the document would have been seen as turning the church on its head. They agreed to:
-- CNS photo/Paul Haring Watch this week's Vatican Connections below: