Behind Vatican Walls: Recap of Pope In US 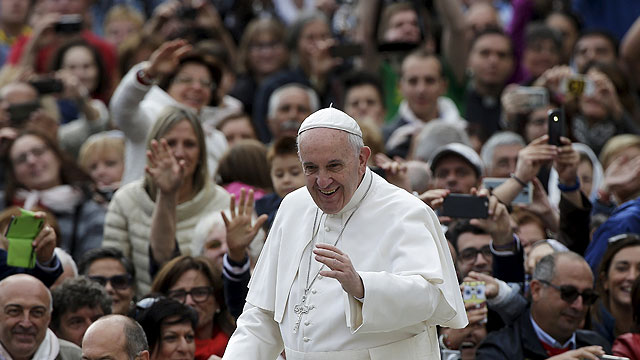 This week brings two big new items: the analysis of Pope Francis trip to Cuba and the United States, and the upcoming opening of the Synod of Bishops on the family. Below are links to some articles well worth reading for a well rounded picture of both.
The Cuba - US trip was by all accounts well received, despite a lingering issue over the Pope’s meeting with Kim Davis (the US County Clerk jailed for refusing to issue same-sex marriage licences). Here’s some take away on both the trip and that brief encounter:
Here’s a good summary:
and some analysis from a veteran Vatican watcher:
Here is a more wide-ranging look back on the visit as a whole by New York’s Cardinal Timothy Dolan:
and another from the Boston Globe’s Crux website:
--
Turning to the upcoming Synod, it will follow more or less the same process as last year’s Extraordinary Synod:
-- CNS photo/Max Rossi, Reuters