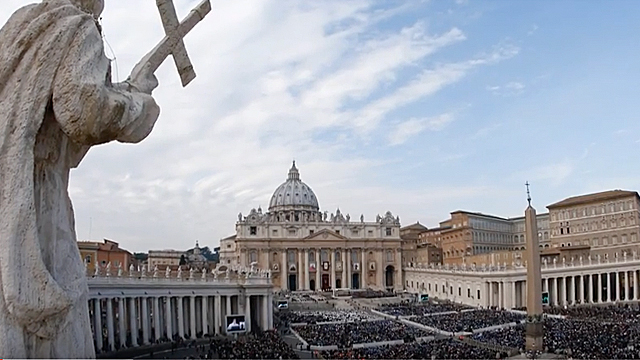 History
On November 16, 1989 on the campus of the Central American University in San Salvador, six Jesuit priests were pulled from their beds in the middle of the night and executed. The military officers who carried out the killing went unpunished for decades. Five of six Jesuits were Spanish citizens.
In 2008 the Spanish Association for Human Rights and the Centre for Justice and Accountability lodged a criminal complaint in Spanish courts against the Salvadoran military officials involved in the killing of the six Jesuits. A judge in Madrid issued an order for the arrest and extradition of the Salvadoran officers named in the case. Interpol also issued a world wide warrant and extradition order. Authorities in El Salvador did not comply with the order. The officers accused were located and transferred to an ex-national guard military base.
Plot Twists
On January 4, Spanish judge Eloy Velasco issued a new arrest and extradition order for the 17 soldiers and officers accused of killing the six Jesuits. Salvadoran presidential spokesperson Eugenio Chicas told reporters “The only path for our security forces to take is to proceed with the arrests, that is, there’s nothing to do but follow the law.” He also said once legal requirements had been met, the order would be followed. However, it is up to El Salvador’s supreme court whether or not to extradite the accused.
The statement from the Salvadoran government gave room to cautious optimism that perhaps justice would finally prevail. January 8 reports surfaced that the military defence counsel has presented a request for Judge Velasco to recuse himself from the case. The request claims that the judge is biased because he teaches at a Jesuit university and the case involves events that took place at a Jesuit university.
Happy Endings?
It remains to be seen just how much this case will move forward. Will El Salvador’s supreme court allow the 17 accused soldiers to be extradited? Will Velasco stay on as judge for this case? Will justice prevail? 2016 should bring plenty of things to watch.
Watch this week's episode of Vatican Connections below: