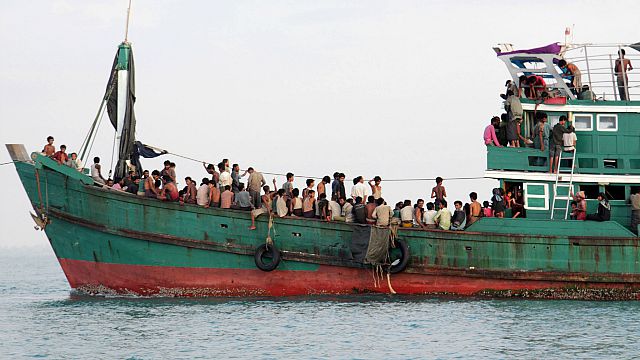 Pope Francis has returned to his regular schedule of activities at the Vatican. He held his first general audience this week after taking a one month break. His statement that divorced and remarried Catholics should not be treated as if they have been excommunicated made headlines around the world. However, the real issue that the pope - as well as Europe and various humanitarian organizations- is focused on is the issue of migration.
This week was the one year anniversary of the expulsion of Iraqi Christians and Yezidis by Islamic State militants. In a letter to the auxiliary bishop of the Latin Patriarchate of Jerusalem, Pope Francis said he has often felt the desire to speak out about the inhuman and unexplainable persecution faced by people in various parts of the world because of their faith. He said this persecution often goes on in front of everyone’s eyes and is met with silence. He also extended his thoughts to the communities that opened their doors to welcome the displaced Christians and Yezidis. He said these communities “avoided averting their eyes” to the dramatic situation. Pope Francis renewed his call for the international community to take action against those who persecute religious minorities.
While that anniversary was being remembered, two boats of migrants went down off the coast of Libya and tensions rose in Calais, France where thousands of migrants have attempted to cross English Channel by stowing away on ferries, trucks, and cars.
In the Palermo, Italian and Irish navy vessels brought the survivors of two shipwrecks into port along with the bodies of 25 migrants who perished. Both ships went into distress of the coast of Libya.
In Calais an estimated 3,000 migrants are camped out, trying to cross the English Channel. French police have been trying to keep those migrants from getting onto trucks and ferries departing for Britain. One Sudanese man was arrested 50 kilometers from the British entrance to the tunnel. The man almost succeeded in walking through the rail tunnel.
The desperation of migrants is great enough that they would rather pay traffickers for a spot on a barely sea-worthy vessel than remain in their homeland or their assigned refugee camp. Yet the sheer numbers of people hoping for a better life in Europe is putting governments and citizens on the defensive. But in the face of increased discrimination there are signs of hope.
In Germany, one politician has opened his home to two Eritrean refugees, despite the threats he knew his action would draw from his fellow citizens.
--
Photos - CNS