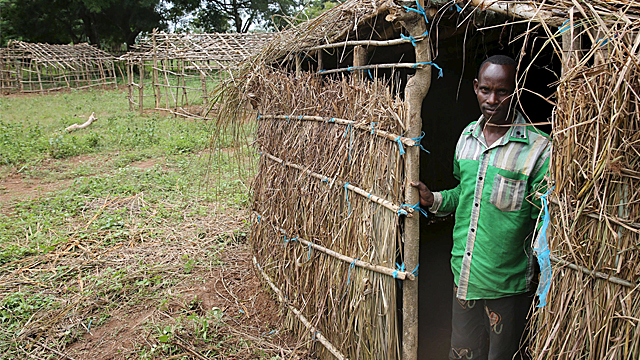 Pope Francis is scheduled to make his first Apostolic Visit to Africa this month. His itinerary includes a stop in the Central African Republic where he will visit the capital, Bangui. For the first time the pope and Vatican officials have acknowledged that the visit to the war torn nation is less than certain.
Tumultuous past
The former French colony Ubangi - Shari was a region sought after by France, Germany, Belgium and Great Britain because of its natural resources. France gained control of the area in 1894 and held on to it until the 1960s. Post-colonial life brought economic and political instability and coup after coup.
Since August 13, 1960 when Ubangi-Shari became independent from France the Central African Republic has seen five coups. The most recent took place in 2013 when Seleka - a rebel group made up of fighters from previous rebel groups - seized the capital after they became unhappy with how president Francois Bozize was implementing a power-sharing agreement.
The leader of the rebel group, Michel Djotodia declared himself de-facto head of state. However the Economic Community of Central African States rejected his attempt to form government and he had to rework his plan of government. In the meantime the Christian population, by and large the majority, began to form their own militias which they called “anti-balaka” or “anti-machete” in response to the violence of Seleka rebels.
What had been violent reactions to ineffective government became a vicious cycle of violent attacks between Christians and Muslims.
Living in a failed state
When the most recent wave of violence began in 2013, CAR was already host to asylum seekers from neighbouring states. Since December 2013, one quarter of the population of Central African Republic has been internally displaced, according to the United Nations High Commission for Refugees.The armed rebel groups have not just displaced the local population, the groups effectively prevent humanitarian aid from getting to the people who need it.
In 2014 the UNHCR said 930,000 people had been displaced as a result of the violence between Seleka and Anti-Balka fighters. Various camps for the displaced were created in Bangui and around the country. The most prominent being the M’poko camp close to the Bangui airport. There, people who have fled their homes and neighbourhoods in fear, sleep in abandoned airplanes or take shelter under the wings of old aircrafts. Basic health and sanitation are provided, but not without challenges.
In some cities and towns people have taken shelter in the nearest Catholic church. On one fact finding mission, officials from Human Rights Watch reported Catholic priests and nuns “seem to be the only force able to protect vulnerable muslim communities”.
Pre Papal Trip
An increase in violence in September displaced a new wave of people from their homes, ignited yet another cycle of attacks and retaliation and caused scheduled elections to be postponed again. In early November, armed men slit a man’s throat and set fire to homes in  his neighbourhood, setting off retaliatory attacks. Residents fled the mostly muslim PK5 neighbourhood as a result.
This new wave of violence has put Pope Francis’ visit to the country in jeopardy.
--
CNS photo/Goran Tomasevic, Reuters
Watch this week's episode of Vatican Connections below: