Behind the scenes of In Your Faith 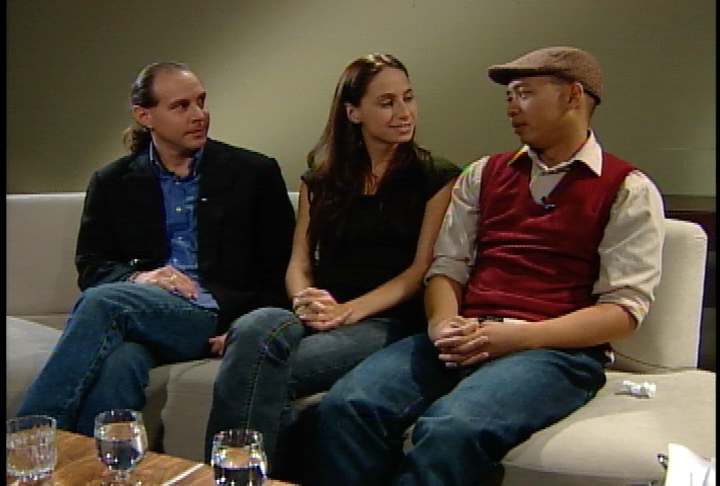 As close as all the Salt + Light producers are to each other, I have to admit that we don’t often get a chance to sit down and find out intricate details about everyone else’s shows or projects.  We do find time, however, to pray together and hang out once in a while.
Recently I had a sit-down with fellow producer Pedro Guevara Mann to discuss the ins and outs of his show In Your Faith.  You can hear all about it on my Catholic Focus show “In Your Faith: Behind the Scenes”, airing this Thursday.  I wasn’t in studio only with Pedro, but with his show’s hosts as well—Byron Abalos and Rosanna Magliaro.  I had a blast! 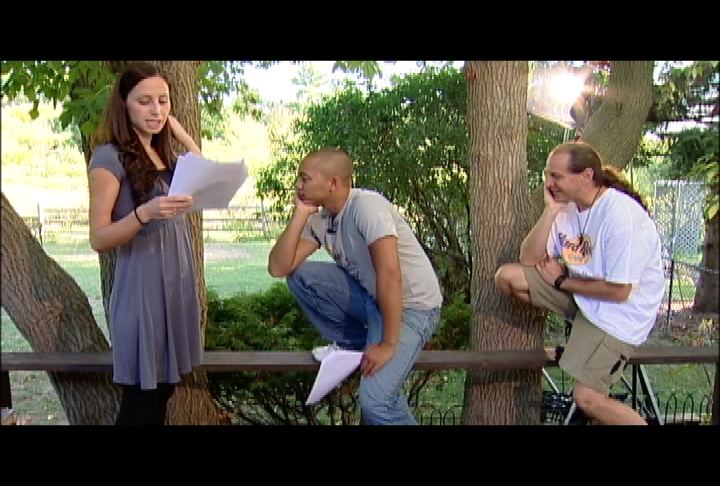 In Your Faith is now in its second season and is Salt + Light’s one and only catechetical show for youth and young adults.  I still remember that one evening when Pedro and I invited a group of young people, lay pastoral associates and priests to the Salt + Light studio to find out the kinds of questions that young people have about the Catholic faith, and what they look for in a good show.  After this focus group session, a small group of us met together at a pub to talk about the kinds of segments such a show could possibly have.  I remember thinking, Wow, how is Pedro going to pull this off with a small budget, but he’s done a tremendous job!  Each of the segments—such as Church 101, Saints of the New Millennium, In Your Facts and Cool Cath’s—have their own personality that adds to the colourful variety within the show.  I would say that this is THE Pedro show—Pedro’s baby in a way.  And as he says during our Catholic Focus interview, he’s learned more about his faith in the few years he’s been working on this show than he ever has. 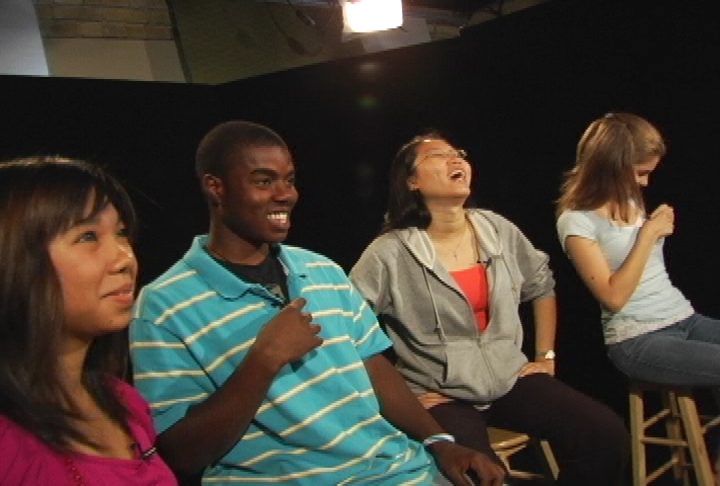 And so have his hosts.  Byron and Rosanna are two actors who do more than memorize and deliver their lines.  They are young Catholics who are searching for the right answers in life and putting their faith out there.  These are two dynamic and fun hosts who really move the show along, connect the dots for the audience, and provide much food for thought!  It was my natural inclination to ask them during our studio interview about how the two of them met up with Pedro, what they’re really like outside of the show, do they believe everything they say on the show, and what it’s like working on the show.  So for all of you Byron and Rosanna fans, here’s your chance to find out the answers to these questions!  And if you’re wondering about the perspectives of those who work behind the camera and in the editing suites, you’ll be glad to know that Wally Tello (Director of Photography), David LeRoss (Camera Assistant), Marc Boudignon (Segment Editor), and Richard Valenti (Editor/Graphic Artist) also get to share their two cents.Mark your calendars. The Catholic Focus episode “In Your Faith:  Behind the Scenes”, featuring the In Your Faith cast and crew, airs Thursday, November 22nd, at 7 and 11 pm ET (to be repeated on Saturday at those same times).