Behind the Creation of the Nobel Peace Prize 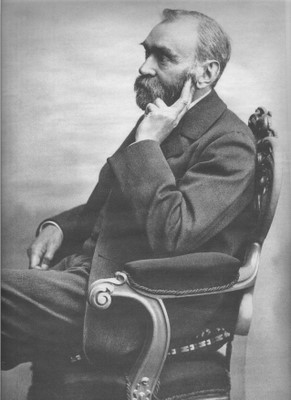 The news late last week that U.S. President Barack Obama had been awarded the Nobel Peace Prize brought an onslaught of criticism upon this century-old prestigious award. We can debate endlessly whether or not Obama was worthy of this rare honour (it is interesting to note that Obama was nominated just 12 days into his presidency and that notable peacemakers such as Mahatma Gandhi, Pope John Paul II, John XXIII and Archbishop Oscar Romero were never awarded the prize). However, that is not the point of this post.
I think it is fascinating to reflect on the history of the Nobel Peace Prize as it tells us much about human nature and ourselves. The award is the brainchild of Alfred Nobel, a Swedish chemist, who at the time of his death was best know as the inventor of dynamite. Despite the fact that dynamite was the most dominant explosive of its time, Nobel nevertheless considered himself a man of peace. He once said to a political activist crusading for world comity, "My factories may make an end of war sooner than your congresses. The day when two army corps can annihilate each other in one second, all civilized nations, it is to be hoped, will recoil from war and discharge their troops." In 1888, Alfred was granted the rarest of all opportunities. He was able to read his own obituary…eight years before his death. When Alfred's brother Ludvig passed away, a French newspaper mistakenly ran an obituary for Alfred. The obituary stated Le marchand de la mort est mort ("The merchant of death is dead") and went on to say: "Dr. Alfred Nobel, who became rich by finding ways to kill more people faster than ever before, died yesterday." Nobel was said to be tremendously affected by reading of his death. Inspired to improve his legacy, he left approximately 94 percent of his worth to the establishment of five prizes (physics, chemistry, physiology or medicine, literature, and peace) to "those who, during the preceding year, shall have conferred the greatest benefit on mankind." Few of us will ever have obituaries that make headlines in newspapers, and even fewer of us will have the chance to preview our own obituary before we die. But we can all learn from Alfred Nobel’s attempt to rescue his legacy. It is never to late to realize that a successful life is not measured in wealth, material success or earthly fame, but in the amount each of us has contributed to building up a civilization of love, through our families, communities and above all, through our relationship with God.