Beatification of Rutilio Grande and his fellow martyrs: Everything you need to know, including where to watch 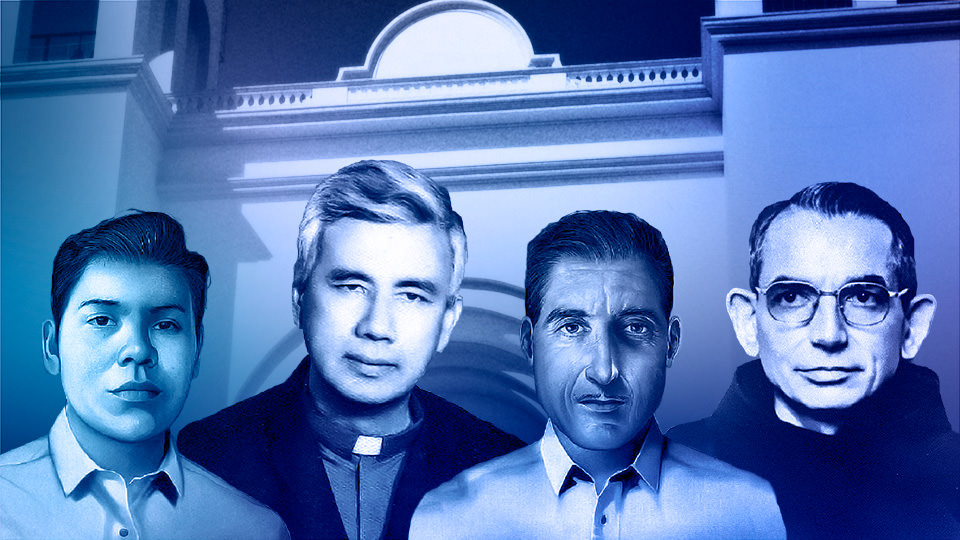 (From left to right) Nelson Rutilio Lemus; Rutilio Grande, SJ; Manuel Solórzano; and Cosme Spessotto, OFM, will be beatified in San Salvador on January 22, 2022.
On Saturday, January 22, at 5 pm El Salvador time (6 pm ET), Cardinal Gregorio Rosa Chávez, on behalf of the Holy Father, will beatify four martyrs in the Cathedral of San Salvador in El Salvador. The most famous among them – at least to a universal audience – is Jesuit priest Rutilio Grande, whose influence through his life and brutal murder inspired Archbishop Oscar Romero, his close friend, to a conversion of heart which led to his own martyrdom. Fr. Rutilio Grande had been a strong advocate for the poor, using his position of authority and trust to build up the community around him and also using his sermons to denounce the injustices committed by the Salvadoran elite and the military. For his courageous and outspoken faith, which included a strong commitment to social justice, he was murdered by those in power. He was the first priest to be assassinated during the years of civil strife in El Salvador, and he would be followed by many others. 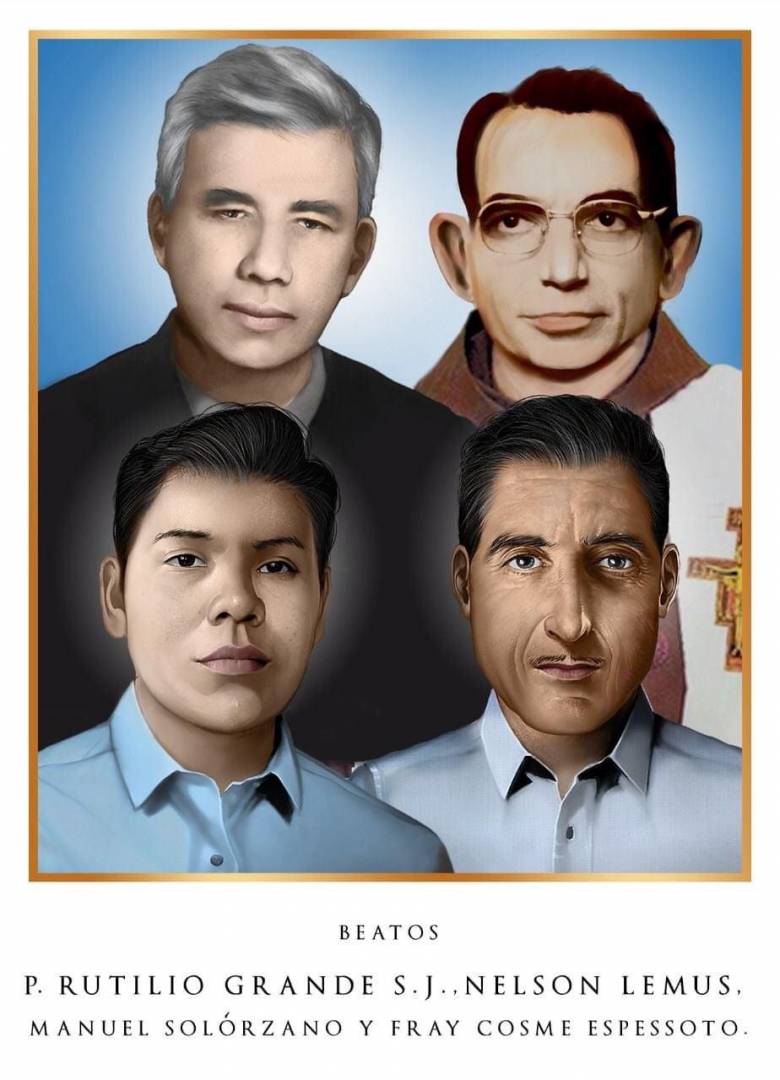 Being beatified along with Grande will be the two men who died with him: catechists Manuel Solórzano, 72-year-old husband and father of ten, and Nelson Rutilio Lemus, who was only 16 years old. The three men were ambushed and gunned down on March 12, 1977, on their way from Aguilares by jeep in order to celebrate Mass in El Paisnal, along with three children, who survived the attack. Solórzano and Lemus knew the danger of travelling with Fr. Grande and assisting him in his work, and they undertook it willingly. The investigation into their martyrdom also concluded that their deaths were deliberate rather than circumstantial. The fourth martyr is Franciscan Fray Cosme Spessotto, who came to El Salvador from Italy in 1950 at the age of 27 and was murdered on June 14, 1980, shot point blank as he was praying before Mass by the tabernacle of his parish church in San Juan Nonualco. Like Fr. Grande and Archbishop Romero, Spessotto had been outspoken in his support of the poor and his condemnation of the injustices perpetrated against them. He also promoted dialogue and reconciliation between the opposing sides in the conflict, preaching the importance of peace and respect for human rights. When his superiors suggested he return to Italy in response to death threats, Spessotto chose to remain where he was needed. The beatification of these four martyrs this weekend is a testament to the courageous witness of ordinary Christians living in difficult circumstances: parish priests, catechists, parents, workers, children. Whether or not we are called to the same kind of martyrdom, as Christians we are all called to this same kind of witness. Blessed Rutilio Grande, Blessed Manuel Solórzano, Blessed Nelson Rutilio Lemus, Blessed Cosme Spessotto, Pray for us.   Want to watch the beatification? The Mass of Beatification will air LIVE with commentary in English on Salt + Light TV on Saturday, January 22 at 6 pm ET / 3 pm PT. (You will also be able to watch it again at 11 pm ET.) Here's where you can watch: Salt + Light TV, available through your local cable provider. Salt + Light Plus, available online as well as through Roku and Amazon Fire. Salt + Light Media's Facebook page.   Want to learn more about these four martyrs? This video message from Fr. Arturo Sosa, SJ, Superior General of the Society of Jesus, is a good place to start. In honour of the momentous occasion of their beatification, Fr. Sosa provides us with some of the basic facts about their lives, their deaths, and the meaning of their martyrdom and beatification for the Church in El Salvador. This page about Rutilio Grande on the website of the Archbishop Romero Trust gives a brief account of Grande’s life, work, and relationship with St. Oscar Romero. It also gives details of books available in English for anyone who wants to learn more about his life or read his homilies. Watch this excellent 10-minute interview for a good summary of Rutilio Grande’s life, work, thought, and teaching, as well as the circumstances surrounding his death. You might also like to watch this short video, which delves a bit more into Rutilio Grande’s commitment to the faith and to a social justice rooted in the Gospel.
“The liberation that Father Grande preached is inspired by faith, a faith that speaks to us about eternal life, a faith that he, with his face raised toward heaven and accompanied by two campesinos, offered up in its totality and perfection. It is liberation which culminates in happiness with God, liberation which begins from repentance for sin, liberation based on Christ, the only saving power. This is the liberation that Father Rutilio Grande preached, and he has therefore lived the church’s message.”
– St. Oscar Romero, Homily for the Funeral Mass for Fr. Rutilio Grande, SJ


Prayer for the intercession of Rutilio Grande

O God and Father of Our Lord Jesus Christ, you instilled in your servant Father Rutilio Grande, SJ, love for your Word, for the Eucharist and for the evangelizing mission of the Church among the poor.
You granted him the gift of uniting himself to the passion of your son Jesus Christ, through a martyr’s death, together with his companions Manuel and Nelson, when they were on their way to celebrate the holy sacrifice of the Mass.
We thank you for the example and life of Rutilio alongside his companions Manuel and Nelson.
Grant through their intercession the favour I now ask of you... (here you can make a petition).
Amen.
Our Father, Hail Mary, Glory Be.
We are grateful to the Society of Jesus for sharing information on Rutilio Grande, SJ, and the beatification, including the prayer for intercession and the beatification poster.