Beans, beans, good for your… soul? 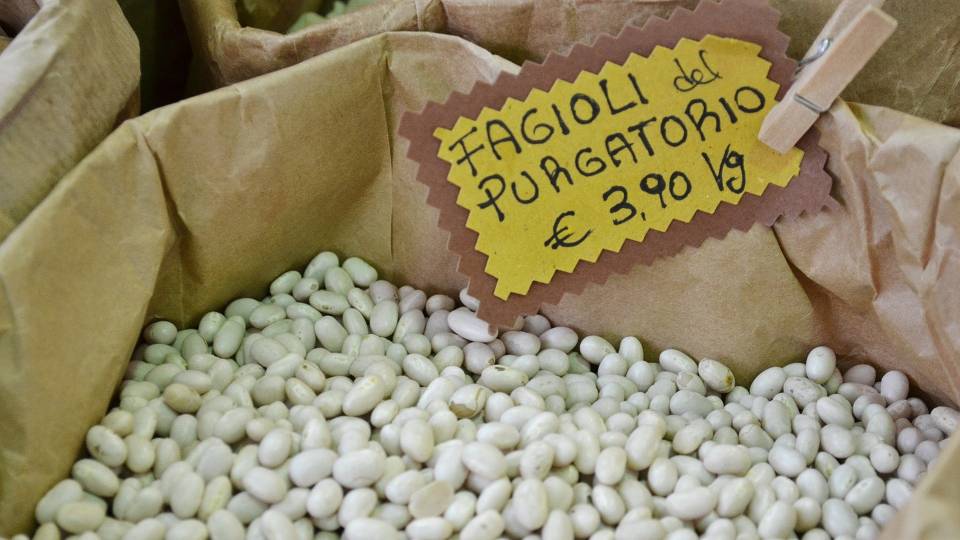 Image by Umbe Ber from Pixabay
Today is the second ever World Pulses Day. No, not as in blood. As in legumes. Beans, lentils, peas, chickpeas. Pulses - from the Latin word puls, meaning porridge or meal. All pulses are legumes, but not all legumes are pulses. Legumes include things like soy beans, peanuts, and fresh peas and beans. Pulses are the dried version of some of those seeds: dried beans, lentils, dried peas, chickpeas. High in protein and fibre, low in fat, and full of nutrients like iron and potassium, they’re an important part of many popular dishes, like split pea soup, hummus, and chilli. And for those who are into the whole gluten-free thing, they’re now being used as flour in everything from pasta to brownies. So what inspired the United Nations to declare a day devoted to the awareness of these awesome little seeds? The short answer is poverty.

Pulses are an important food source for people and a beneficial plant for our damaged environment. And although they’re not quite a miracle cure for food insecurity and environmental degradation, they sure do have a lot to give. For one thing, pulses tend to be hardy and adaptable, and some varieties are especially suitable for planting in arid regions and tough soils where other crops won’t grow. But whereas most other plants take vital nitrogen out of the soil, pulses have a knack for taking it out of the air and putting it back into the soil. So where pulses are grown alongside other plants or in rotation, they reduce dependence on chemical fertilizers, which are not only problematic in themselves but their production is also a major source of greenhouse gases. I was also very interested to learn that the by-products of pulses (that is, the part of the plant we can’t eat, which is most of it) can be used to feed livestock, and when ruminants (cattle, sheep, and goats) eat these, as opposed to more conventional feeds like grains and grasses, they emit less methane. In other words, more of the plant is converted by the animal into meat or milk, and at the same time fewer greenhouse gases are produced. Win-win. 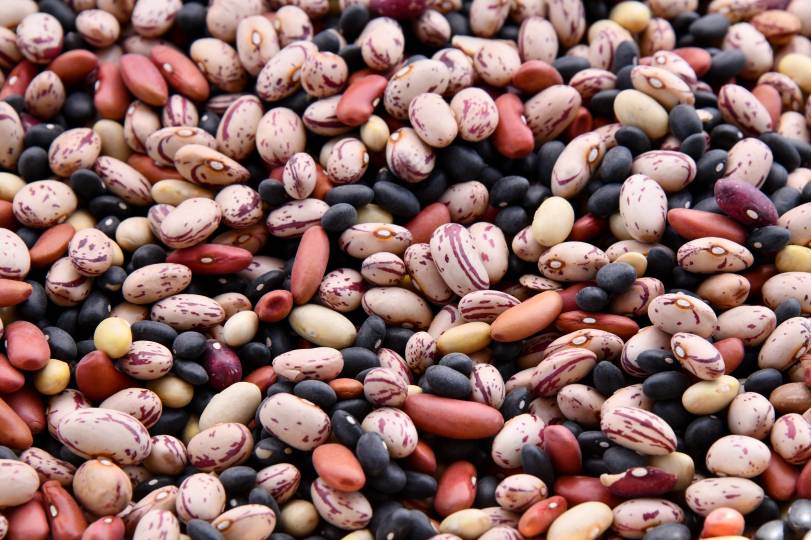 Photo by Shelley Pauls on Unsplash
And speaking of livestock, pulses are actually an alternative to meat because they are high in protein – and throughout history they have been an important source of protein and nutrients for the world’s poor. And though the United Nations is encouraging people to look beyond the stigma placed on beans and lentils and the like as “poor people’s food”, it acknowledges at the same time the huge role pulses have played – and could increasingly play – in helping to combat food insecurity and malnutrition. As a nutrient-rich, water-efficient, long-lasting, affordable food which can grow in marginal regions and contributes to the health of soil, pulses really are a “superfood”.

Superfood for the soul

So pulses are good for our bodies, good for society, and good for the environment. But can they also be good for our souls? We have a very fine Catholic tradition which has fallen by the wayside in recent decades: fasting and abstinence. We still have mandatory fasting and abstinence on Ash Wednesday and Good Friday, and where abstinence from meat on Fridays throughout the year is not mandatory (like in Canada and the United States), the Church still strongly encourages Catholics to maintain the practice of this particular traditional penance. And while fish is seen as the traditional fare for a meatless day, I wonder if pulses might be a more appropriate alternative. Because here’s the thing: unless you live somewhere with ready access to fresh fish, fish (and especially good fish) is a luxury. And so eating fish – or lobster or crab (or beaver and alligator, apparently) – doesn’t seem very penitential, does it? (Unless you hate fish. In which case, eat up!) Add to that the overfishing of our oceans and critical depletion of the more popular species – like tuna and salmon – and we see that fish is also a less environmentally-friendly option. 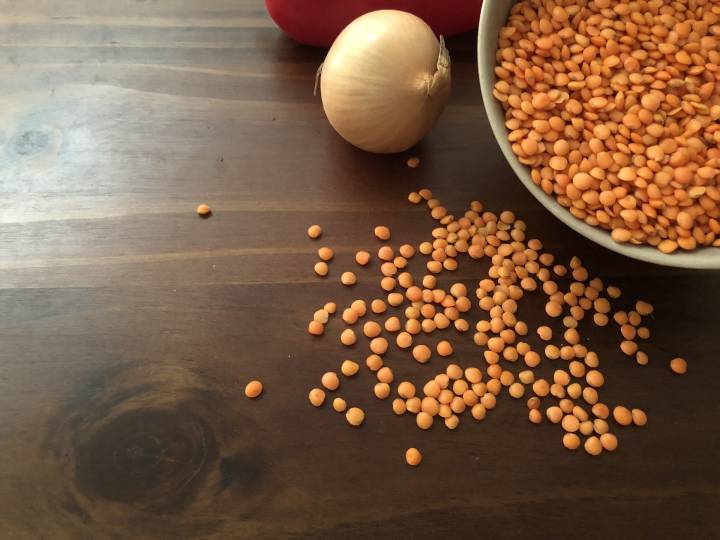 Image by Susana Martins from Pixabay
But I return to pulses as the “food for the poor”. When I was growing up, a Muslim friend told me that one reason for fasting during Ramadan was that it gave one a sense of what it was like to be poor because, like our Lent, Ramadan is not only a time of fasting but also a time of prayer and almsgiving. And I’m not sure if I’ve ever heard a Christian express the thought in the same way, but it has certainly influenced my perspective on fasting. And twice a year, when I go to bed hungry, my mind and my heart are turned toward those who also go to bed hungry but without my confidence that a hearty breakfast awaits me in the morning.

And so I would like to make a suggestion: that when we fast this Lent and when we abstain from meat (voluntarily or not, depending on where we live), we make a deliberate choice to eat pulses, mindful of their importance to the environment and to society and embracing their identity as the food of the poor. And in this way, perhaps we will have an added reminder of our responsibility to care for those less fortunate than ourselves. And not only that, but it should serve as a reminder, too, of how we owe everything we have to God’s Providence and help us turn our minds to Him in prayer.

Do you need some recipe ideas for what to do with your pulses? There are recipes all over the internet, especially as veganism and vegetarianism become more and more popular. But I like to use the website of Catholic Relief Services. Every Lent they post traditional meatless recipes from parts of the world where they are actively working, and many of them include pulses as a main ingredient. So check them out! 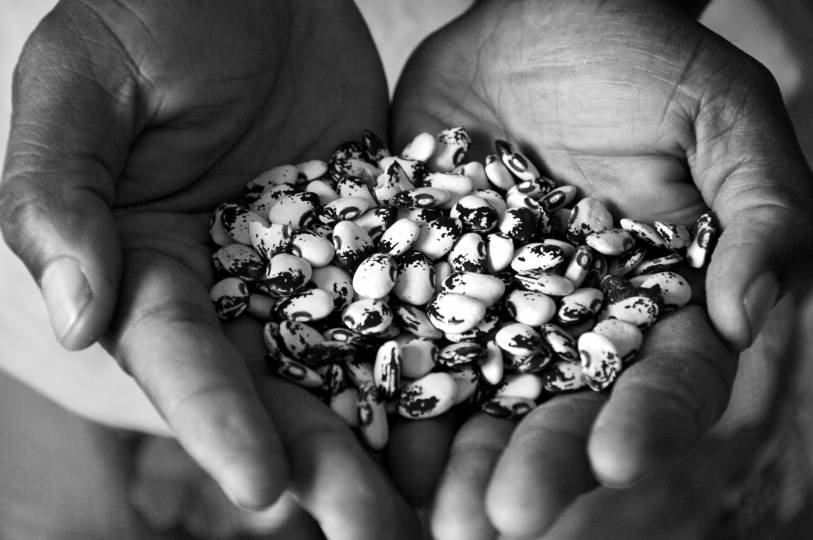 Image by Claire05 from Pixabay

As we approach Lent, check our website and follow us on social media for more ideas and inspirations to prepare you for Easter.