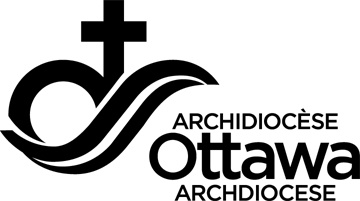 CCCB – (Ottawa)… His Holiness Pope Francis today appointed the Reverend Christian Riesbeck, C.C., as Auxiliary Bishop of Ottawa. At the time of his appointment, he was the Chancellor of the Archdiocese and Assistant General Superior of the Companions of the Cross – a priestly Society of Apostolic Life founded in Ottawa.
Bishop-elect Riesbeck was born in Montreal on February 7, 1970, to 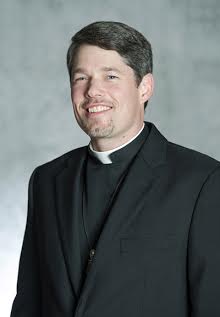 Heribert Riesbeck, a native of Germany, and Colette Levesque, originally from Grand Falls, New Brunswick. His elementary schooling took place in Aylmer, Quebec, and Nepean, Ontario; his secondary schooling at St. Pius X High School in Nepean. He holds a Bachelor of Social Sciences in political science from the University of Ottawa, a Master of Divinity from St. Augustine’s Seminary in Toronto, and a Master’s degree as well as a licentiate in Canon Law from Saint Paul University, Ottawa. Besides English and French, he also speaks Spanish and German.
The new Auxiliary Bishop was ordained to the priesthood as a member of the Companions of the Cross on October 12, 1996, by the then Archbishop of Ottawa, the Most Reverend Marcel Gervais. After doing pastoral work in Ontario for brief periods between 1996 and 1999 in the Archdiocese of Kingston (Our Lady of Lourdes parish, Kingston, and St. Francis Xavier parish, Brockville) as well as in the Archdiocese of Ottawa (St. Jude’s parish, Hawkesbury, and Our Lady of Divine Love parish, Pendleton), Bishop-elect Riesbeck served as pastor of Queen of Peace parish in Houston, Texas (1999-2008). After obtaining his degrees in Canon Law in December 2010, he was appointed Chancellor of the Archdiocese of Ottawa in January 2011.
According to the 2013 Directory published by the Canadian Conference of Catholic Bishops, the Archdiocese of Ottawa has 108 parishes and missions, with a population of 392,635 Catholics, served by 137 diocesan priests, 48 priests who are members of religious institutes, 86 permanent deacons, 591 religious Sisters and Brothers, and 15 lay pastoral workers.