At the mercy of the people we serve 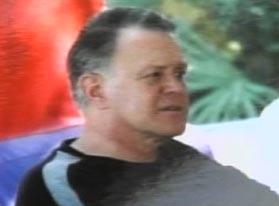 An obscure but interesting story captured headlines across North America this week. A Florida priest who was stabbed in a confessional by a troubled woman came out and said he would not “live in fear” and that he would continue to do God’s work.
Fr. Michael Massaro was wrapping up confessions last Saturday at Holy Cross Catholic Church in Vero Beach. Suddenly he felt a strange sensation; he turned around only to realize he had been stabbed twice by a deranged woman who simply stared at him as the realization of his stabbing dawned on him. According to police reports the woman believed Fr. Massaro was the anti-Christ.
Despite the fact that the blade landed just 2-3 centimeters away from vital organs, Fr. Massaro had enough peace of mind to drive himself to the hospital where his wounds required 14 stitches. He later told CNN the attack would not stop him from hearing confessions.
"We're at the mercy of the people we serve," Massaro said. "We can't live in fear. God has asked us to live in trust. If it's going to happen again, it's going to happen again, but that's not going to prevent me from doing God's work." Bravo, Fr. Massaro for making a bold witness of faith to the secular media. (Oh, and he denies he is the anti-Christ as well.)