At Christmas, Jesus our joy bursts onto the world scene!

Flash Mob: The U.S. Air Force Band at the Smithsonian Museum in Washington 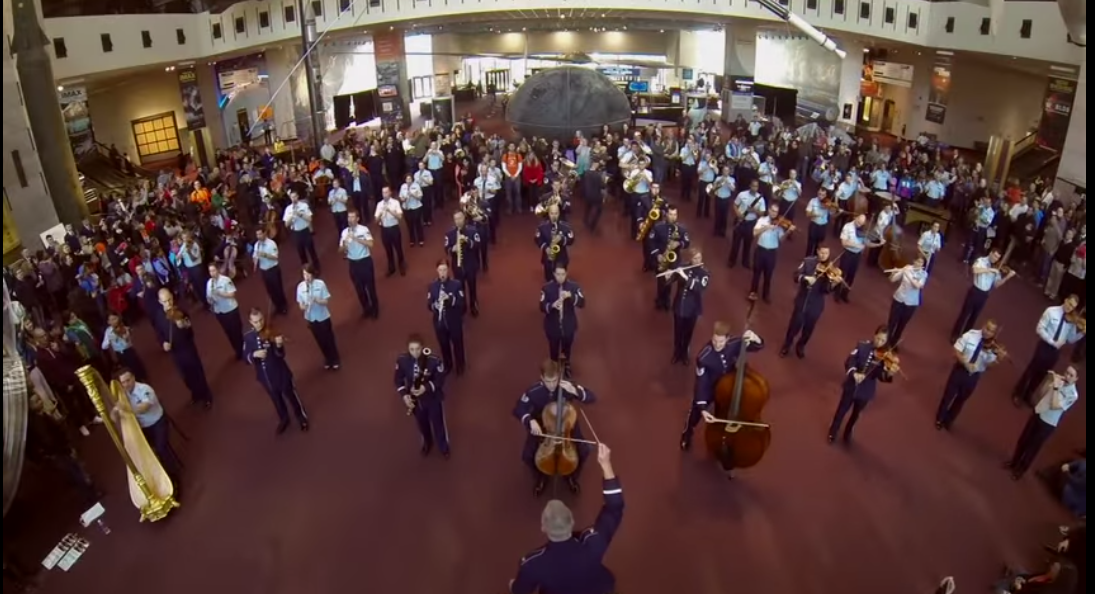 Jesus is truly the reason and joy for the season! Starting with a single cellist on the floor of the National Air and Space Museum's "Milestones of Flight" gallery, and swelling to 120 musicians, The U.S. Air Force Band exhilarated museum visitors with its first-ever flash mob last December. The four-minute performance featured an original arrangement of "Jesu, Joy of Man's Desiring/Joy to the World," led by the band's commander and conductor, Col. Larry H. Lang. Unsuspecting museum visitors including tourists and school groups were astonished as instrumentalists streamed into the gallery from behind airplanes and space capsules, and vocalists burst into song from the Museum's second floor balcony.