As one flesh | Word Alive 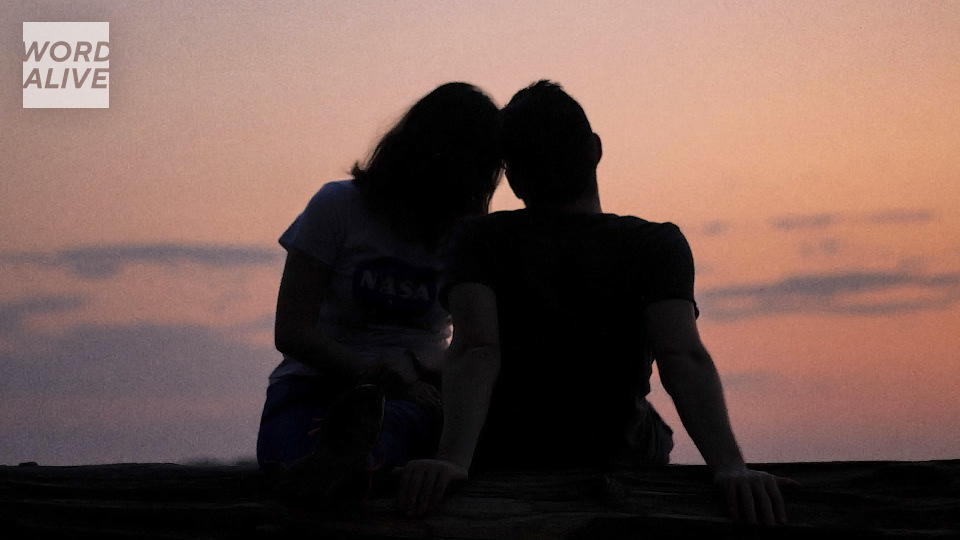 Photo by Anastasia Sklyar on Unsplash

A reflection for the Twenty-first Sunday in Ordinary Time, Year B

My husband and I have been married for nearly eight years, and still the worst fight we have ever had was during our honeymoon in Mexico. On the morning we picked up the hire car for our road trip, we decided to organize our navigation. We hit out first snag immediately: I assumed we would buy a detailed book of maps to guide us across that expansive country, while my new husband thought we would use Google Maps with local SIM cards to make the journey. I will not tell you whose idea won (or how grumpily I gave in at the time), but eight hours into what was supposed to be a four-hour drive, we had missed our turn off countless times, both our phones were flat, night had fallen, and we were not even close to the cabin we had booked for that night. I cannot remember what unhappy comments Gabriel made to break the stony silence as we drove on, but I do know that my petty remarks were said just for the emphasis on how "right" I had been. The longevity of our marriage did not seem like a strong possibility to either of us at that point. All these years later and navigation is still one of the triggers that can raise tensions between us. Thankfully, we have both learned that concessions make for a happy marriage, and I have certainly conceded that the GPS can save many an argument. Even if I think I know better than the talking map, ‘tis but a small sacrifice to hold my tongue and listen to the robotic voice that provides marital harmony. At many times when Gabriel and I have not seen eye to eye during our marriage, I have realized how well St. Paul understood marriage when he wrote his description of the two becoming one flesh in Ephesians. I realize not all marital dynamics are the same, but in my marriage, Ephesians 5 is not about who is in charge or who needs to give in but about the sacrifices that marriage demands of both husband and wife. Paul starts this passage with the general instruction to give way to one another and culminates with the importance of husband and wife coming together as one flesh. This famous (and seemingly controversial) passage on marriage takes us all the way back to the Garden of Eden where man and woman first became one flesh. I am sure all married couples have discovered in unique ways how deeply this mystery of being one flesh is revealed through all the ups and downs of marriage. For me, it has been surprising how inextricably marriage has bound my husband to me. Our marriage is not perfect, but when Gabriel is suffering, I cannot be happy. When I am struggling , he feels the weight of this with me. My failures are his, and his successes are mine. God does not ask us to be two silos working alongside each other in marriage; He asks us to sacrifice our own desires, to be subject to one another, to give without counting the cost. We will be the first married couple to tell you that our marriage falls short of this perfection that St. Paul describes. All marriages fall short of the ideal. Some woefully so. And it must be said that this sort of self-sacrifice does not produce a thriving marriage if one spouse is seeking to dominate rather than love self-sacrificially: where one spouse is abusive, it is no longer healthy for the other to be giving without counting the cost. To anyone who has met with such tragic circumstances, know that no matter how your spouse has fallen short, Christ desires to heal whatever wounds you have suffered. Of course, when Gabriel and I are out of sync, there are certainly waves of selfishness. Then it can take a thousand moments of dying to self to claw ourselves back to a more perfect one-flesh union. But those moments of dying to self are not just for each other. They are also for God. That is how we choose God, like Joshua did at Shechem. That is how we say to Jesus, “Lord, to whom shall we go?” Every time I choose not to say the nasty things I feel like saying or I allow the GPS to have reign over my car journey, every time he gets up during the night for the kids or makes time for me to get in that exercise I crave, that is not just a choice we make for the sake of each other but an act of choosing the God that we worship. The more we are truly unified, dying for each other many times a day, the more closely we are conformed to Christ, and the more our God of the mysterious Trinity is glorified.

Jovina James is a general practitioner who has been practicing medicine for almost eleven years. She lives in sunny Brisbane, Australia, with her husband and their three living children. She loves anything that gets her outdoors or talking about faith.