Six weeks since the assassination of Pakistani Minister Shahbaz Bhatti, his legacy will once again be remembered. This commemoration, however, will be closer to home.
On Saturday, April 16th, Archbishop Thomas Collins will celebrate a memorial Mass for Bhatti at St. Andrew’s Roman Catholic Church at 2547 Kipling Ave in Etobicoke at 12 noon. 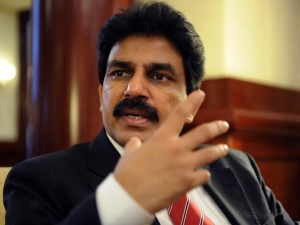 As a matter of fact, Shahbaz’s brother Peter lives in the Greater Toronto area. Shahbaz, who was Pakistan’s only Christian cabinet minister, was gunned down on March 2nd in broad daylight. An Islamic extremist group claimed responsibility. It is expected that hundreds of Pakistani-Christians will gather to remember Shahbaz, who profoundly showcased his Christian faith in the public square of Pakistan and stood up for the rights of religious minorities in the country. Since the assassination, Shabhaz’s older brother Paul Bhatti, 53, a doctor that had been living outside of Pakistan, has assumed the role of special adviser to the Pakistani Prime Minister on religious minorities. The family of assassinated Pakistani Minorities Minister Shahbaz Bhatti remains committed to their Catholic faith and the fight to improve the plight of persecuted Christians. Not only do we pray for the soul of Shahbaz this Saturday, but we also pray that the ongoing violence against Christians in the Middle East will cease and that the gospel of light and truth will prosper.