Amid the financial chaos, some thoughts 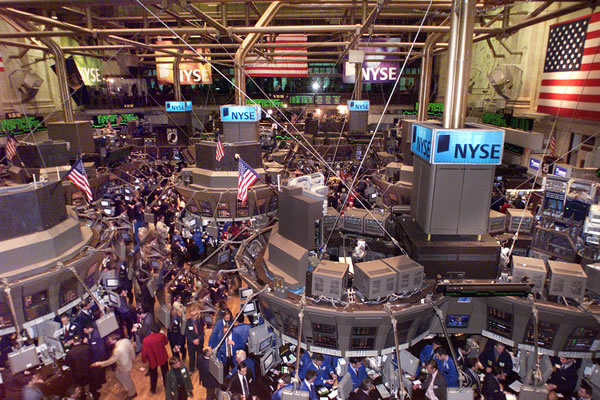 The financial markets in the United States and in various other countries around the world are in the middle of a crisis that is not showing any signs of resolution. The reasons underlining this economic slowdown are complex and extensive and their explanation best left to economists and financial advisors. However, without over-simplifying the issues, one of the factors that has accelerated the market’s downward spiral rests in what many have underlined as unscrupulous business practices - the desire to make money fast trumped prudence and sound judgement.And therein lies the crux of the problem! Prescribing to less than “kosher” business practices enslaves humans to a world view that measures profit and profitably as true success. And while profit, earned honestly and ethically is a legitimate fruit of good business, it cannot be achieved at the sacrifice of the common good.Forty-one years ago Pope Paul VI, in his encyclical Populorum Progressio (On the Development of Peoples) called upon the Western world to uphold and advocate for an equitable economic system founded on justice rather than profit.Amid the present day financial crisis, there does lie a different model of doing business. The Knights of Colombus, in addition to being the largest organization of Catholic lay men in the Catholic Church, is also an insurance company. A few days ago, Supreme Knight Carl A. Anderson reassured the company’s clients and beneficiaries that the market's turn has had little effect on the company’s growth. Anderson attributes the company’s ability to weather the financial storm to sound investments, which reflect the ethical values of the Catholic Church. This is what makes them one of the best managed financial businesses in the world (according to Standard & Poor).Populorum Progressio was the first social encyclical to be written after the Second Vatican Council. In the spirit of the council, it offered a new paradigm with which to view the relationship between the Church and the modern world. Often we forget that the Church is more than a dispenser of the Sacraments or an authority in matters of sexual ethics. So, in a time when the financial world is struggling to find its footing, we would be wise to inspire ourselves from the lessons and teachings of Populorum Progressio, so as to foster authentic and responsible development for all citizens of our world.