All about Blessed Dulce Lopes Pontes – the Good Angel of Brazil 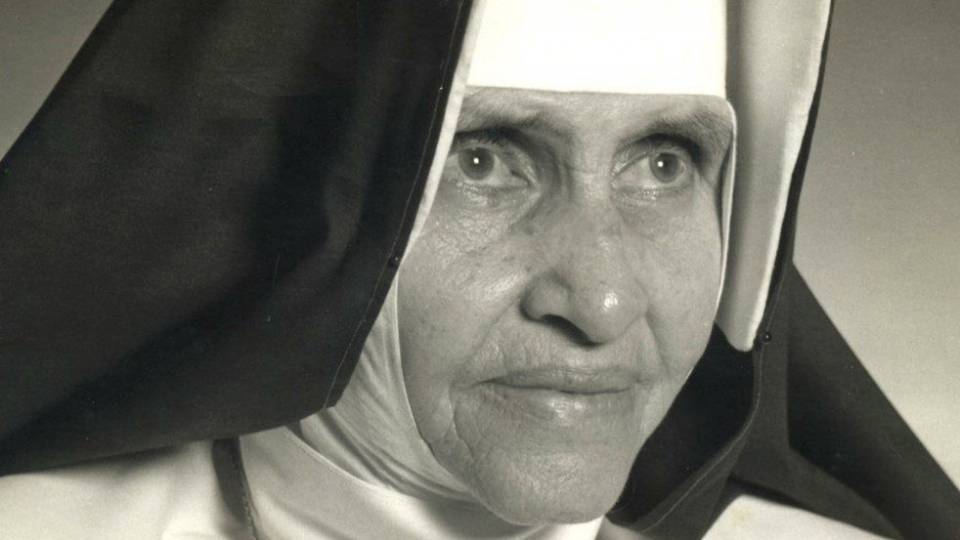 If there were more love, the world would be different; if we loved more, there would be less war. It all comes down to this: Do your best for your brother, and therefore there will be peace on earth. - Blessed Dulce Lopes Pontes

Born in Salvador de Bahia, Brazil, on 26 May 1914, Maria Rita de Souza Brito Lopes Pontes was a joyful, active child. Her father, Augusto, was a dentist and professor, well-known and remembered for his dedication to the poor. His life of humility and charity no doubt had their effect on his daughter, but apparently it was a visit with her Aunt Madalena to a poor neighbourhood at the age of 13 which proved to be the crucial turning point in her life. This encounter with poverty inspired the young Maria to begin caring for the poor and the sick in her own home, soliciting her family and neighbours for resources to assist her in her work. After graduating from high school with a teaching qualification, Maria left for the Brazilian municipality of São Cristóvão in the neighbouring state of Sergipe in order to begin her new life with the Missionary Sisters of the Immaculate Conception of the Mother of God (SMIC). When she made her vows, Maria took the name Dulce in memory of her mother, who had died when Maria was only seven years old.

Commitment to the Poor

Sister Dulce returned to Salvador and began teaching in her congregation’s school, but her overwhelming love for the poor drove her to do more. She helped to found the area’s first Christian labour union and opened a public school for workers and their children. But her most lasting legacy would be in the area of healthcare with the Charitable Works Foundation of Sister Dulce (Obras Sociais Irmã Dulce, or OSID). This organization, founded in 1959 by Blessed Dulce with statutes drawn up by her father Augusto, is one of the foremost charitable healthcare organizations in the entire country, specializing not only in healthcare but also in education and scientific research. Serving more than 3.5 million people each year, it is open to a broad range of people in need, including the elderly, the homeless, children and adolescents considered “at risk”, victims of addiction, and people with disabilities and deformities. And it all famously began with just 70 patients, a chicken coop, and one determined nun. Recognized during her lifetime for her great service to the poor, Blessed Dulce was nominated for the Nobel Peace Prize in 1988. She had the opportunity to meet with Mother Teresa once and Pope John Paul II twice – the second time as she lay in the hospital, not long before her death from respiratory failure on 13 March 1992. Her passing was mourned by the people of Brazil, and her beatification Mass in 2011 was attended by 70,000 people and broadcast live on national television. She has been called the “Mother of the Poor” and the “Good Angel of Bahia”.

In 2001, Claudia Cristina dos Santos gave birth to her second son, Gabriel. After 18 hours of haemorrhaging and three surgeries, the doctors gave up hope that her life could be saved. A priest who had been called to give her last rites was inspired to start a prayer chain asking for the intercession of Blessed Dulce and also gave Claudia a relic of this holy woman. Beyond all medical expectation and scientific explanation, the bleeding stopped. In 2010, this miracle was approved as the one necessary for the beatification of the Good Angel of Bahia. On 14 May 2019, the Vatican announced that a second miracle had been approved for the canonization of Blessed Dulce. José Maurício Bragança Moreira (who had actually met Blessed Dulce in his youth) had been blind for 14 years due to severe glaucoma, which had struck at a young age. One day in 2014, suffering from a bout of conjunctivitis, he took a small statue of Blessed Dulce and placed it over his eye asking for her intercession in relief from his pain. When he awoke a few hours later, he was amazed to discover that could see again.

Possible people and places that could come under the patronage of soon-to-be-saint Dulce Lopes Pontes include healthcare workers, hospital administrators, social workers, and, naturally, Bahia and OSID.

I don't get into politics, I don't have time to know about the party implications. My party is poverty. - Blessed Dulce Lopes Pontes