The disheveled man lurched along the trail, as if stumbling off the set of a George Romero movie. He wore just one hiking boot; the other ankle was swollen and purple. 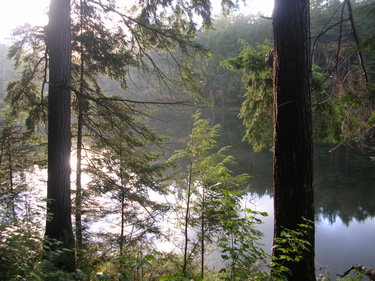 Half-naked—the wrong half—his bare legs were covered in deep cuts and two crimson, football-sized lesions. His wide eyes did not avert their gaze as he staggered toward me, his pale face expressionless. Alone in the forest with nowhere to turn, I had seconds to consider how I would greet this terrifying man.
Thankfully, I had received a few lessons in hospitality just a few weeks prior. For my summer vacation, I had signed up to live at Madonna House, a Catholic farm community in the rural village of Combermere, Ontario. Here, dozens of lay women and men have committed their lives to prayer and service to one another. The foundress of Madonna House, Catherine Doherty, described it as "a house of hospitality." "It is a place where people are received, not on their education, not on how wonderful they are as painters, or whatever they have to do," she said. "They are received simply as people. They are loved.” Their legendary hospitality draws guests from around the world, each invited to participate in the life of the community, without cost, for as long as they please. 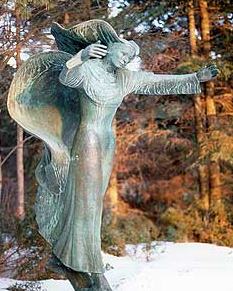 “When I encounter a stranger,” said one long-time Madonna House member, “I wish to greet them with the same joy that I would for an old friend at the airport.” This enthusiastic receptivity is even sculpted in the image of their patron. Our Lady of Combermere runs “in haste” (Luke 1:39) to reunite with her cousin Elizabeth. She bounds with arms wide open, Madonna House teaches, with the same intense desire to embrace each of us, her “wounded children”. St. Thérèse of Lisieux exhibited this same welcoming spirit in her response to interruption. In Interior Freedom, Fr. Jacques Philippe writes that some of the "Little Flower's" responsibilities in the convent required great concentration, but she would often be pulled away to assist with other tasks. She learned to graciously receive her fellow sisters -- almost as if she was choosing to be disrupted -- as a means of embracing God’s will. This brings me back to the forest. Two weeks after my time in Madonna House, I gleefully packed my hiking bag for Algonquin Park, disregarding the rainy forecast. I planned a four-day, 55-km backpacking trip along the Western Uplands trail—my most challenging hike to date. It was early on my second day when I came across the frightful sight of Claude (not his real name). Even before he said a word, I was filled with concern…and disappointment. Selfishly, my heart sunk at the realization that my plans were about to be derailed. Claude, a Quebecer who appeared to be around 50 years old, told me that he was finishing the longer 88 km loop of the same trail, traveling in the opposite direction. This was his eight day. Incredibly, he said he ran out of food on day three. I later learned that he had no tent to shelter him from the rain. His claims seemed unbelievable, yet they squared with his ghastly physical state. He was only 12 km from the finish, but, lacking a map, he was confused about his location. Worse, he recounted stories that sounded delusional. He either had a pre-existing mental health condition or was suffering severe exhaustion – or likely both. 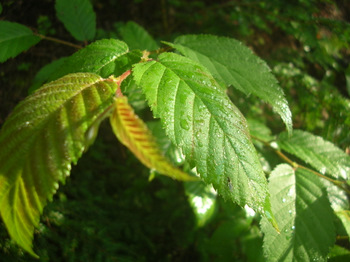 He accepted my food and water, but he maintained that he was fit to continue hiking alone. He clearly wasn't, so, quelling my frustration, I told him that I was planning to turn back anyhow and insisted that we walk together. I pleaded for Mary’s intercession to return us to the highway by dusk. We had several hours to do so, but Claude would trip and collapse with a heavy thud once per kilometer. He would then need to rest for at least 15 minutes before he allowed me to help him to his feet. While he was discouraged by his falls and increasing physical agony, he seemed unconcerned about his situation. Perhaps he felt comforted by the other people on the trail. These weren’t real people, mind you, but hallucinations. I awkwardly told him that, no, I didn’t see the police officer, or telecommunications worker spying on us from a radio tower. As evening fell, I was worried that, in his mental state, he might turn back along the trail, or decide to stop and spend another night in the woods. Surely God knew that sharing my tent with this stranger was beyond my threshold of fear. With great relief, I saw the trail marker indicating that we had made it back to the road. Claude collapsed on a picnic table. Yet he seemed emotionless — no joy in escaping the forest or for accomplishing his 88 km feat. Soon we were joined by the paramedics that I had called on my cell phone. They were accompanied by park wardens and police officers, concerned that Claude would start driving back to Quebec in his condition, as he told me he planned to do. After answering several of their questions, he seemed understanding as the paramedics strapped him onto a stretcher. We bade farewell as he was loaded into an ambulance, bound for the hospital in nearby Huntsville. I checked into a hostel outside the park, and planned my next hike.