Aftermath of Hiroshima: Cathedral of Love 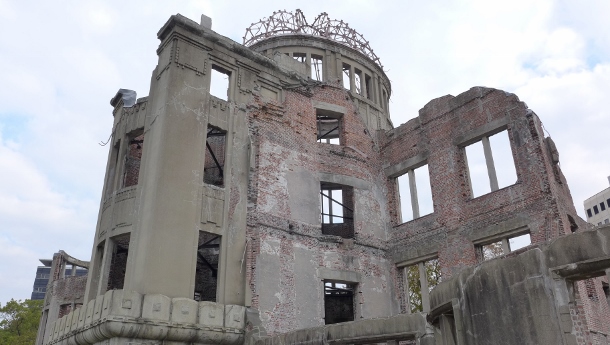 Ruin of Hiroshima Prefectural Industrial Promotion Hall,
hypocentre of the first atomic bomb
At 08:15, 6 August 1945, Feast of the Transfiguration, the atomic bomb nicknamed the Little Boy was dropped by a B-29 bomber, and detonated at a height of 450 m over the city of Hiroshima to maximize its destructive effect. At that very instant, people's faces were not transfigured but transformed. History was rewritten, not so much about the war, but about humanity itself. Despite Japan's outrageous war crimes against other countries, it remains controversial as to whether the use of nuclear weapons was necessary when the war was close to the end; 140,000 civilians were killed, and Hiroshima obliterated. Japan announced its surrender 9 days later, on the Solemnity of the Assumption. World War II officially ended. 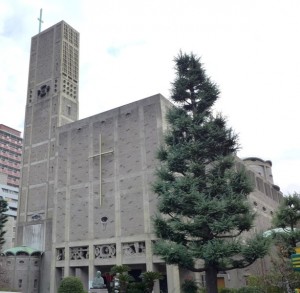 Cathedral of the Assumption, Hiroshima
Fr. Hugo Enomiya-Lassalle, a German Jesuit missionary in Japan and an embracer of Zen Buddhism, was serving in the Noborimachi church in the city on that day. As one of the survivors of the atomic bomb, he felt called to build a cathedral as a prayer for peace, revealing his plan to Pope Pius XII in September 1946. He travelled around the world requesting donations and eventually making his peace cathedral a reality. Construction began on 6 August 1950, the 5th anniversary of the bombing, and was completed exactly 4 years later with the rite of dedication. The designer, Togo Murano, was moved by Fr. Lassalle's zeal and made it a labour of love. 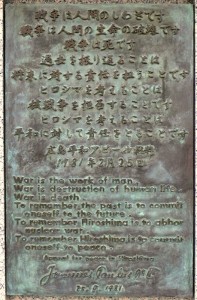 The Apostolic Vicariate of Hiroshima, established in 1923, was raised to the dignity of diocese in 1959, when at the same time Nagasaki was promoted as a metropolitan see. Pope St. John XXIII wished to see that these two cities receive missionary priority, in light of the tragic war and use of nuclear weapons. Pope St. John Paul II visited the cathedral as a pilgrim in 1981. Today, the Cathedral of the Assumption of the Blessed Virgin Mary is better known as the World Peace Memorial Cathedral. Daily mass is offered in the chapel, and Sunday mass is offered in the cathedral at 09:30 in Japanese in the cathedral, with an English mass celebrated in the crypt at 14:00. Spanish, Portuguese and Vietnamese masses are regularly scheduled as well. 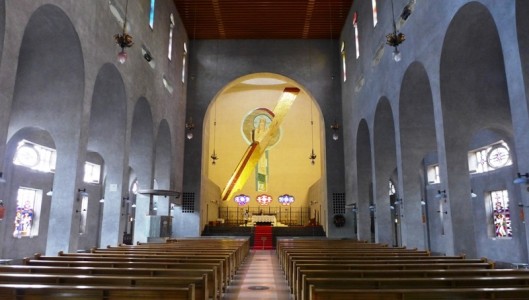 Next time you are in Hiroshima, other than the Hiroshima Peace Memorial (a UNESCO World Heritage Site), make sure you visit the cathedral and pray for world peace, for the transfiguration of all of humanity. 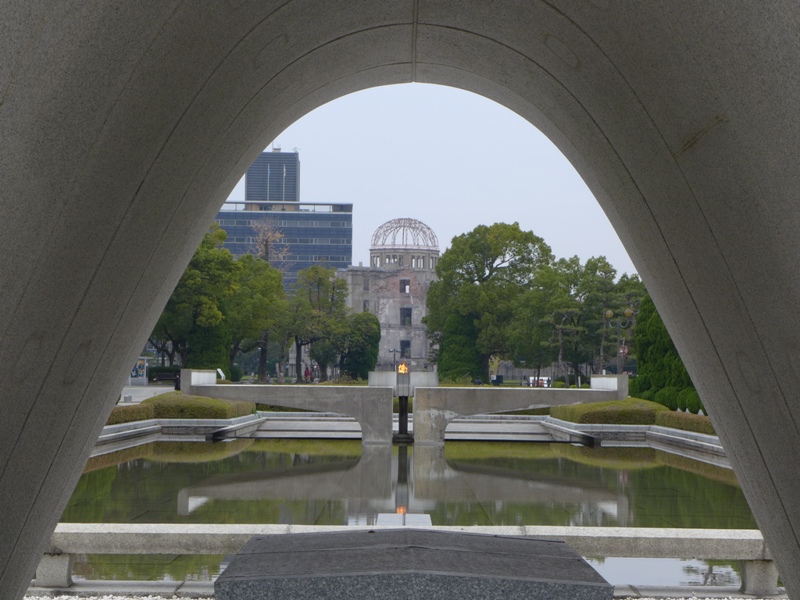