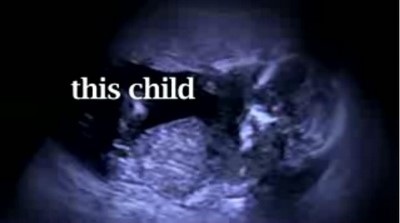 The defense of life is the subject of a 30-second television ad that was aired on Chicago based Black Entertainment Television during Barack Obama's presidential inauguration.
Produced by CatholicVote.org, a project of the Fidelis Center for Law and Policy, the ad features an ultra-sound image, interspersed with text saying: "This child's future is a broken home," "He will be abandoned by his father. His single mother will struggle to raise him. Despite the hardships he will endure,” the text concludes: "this child ... will become ... the first African American president.” An image of President Obama is then shown with the tagline "Life: Imagine the potential." In a press statement, the executive director of CatholicVote.org Brian Burch commented: "Our message is simple: Abortion is the enemy of hope. The purpose of our new ad is to spread a message of hope about the potential of every human life, including the life of President-elect Obama." Adding, "Each human life has dignity and worth." The spot marks the beginning of a new education campaign, titled "Life: Imagine the Potential." You can check out the ad online at CatholicVote.org.