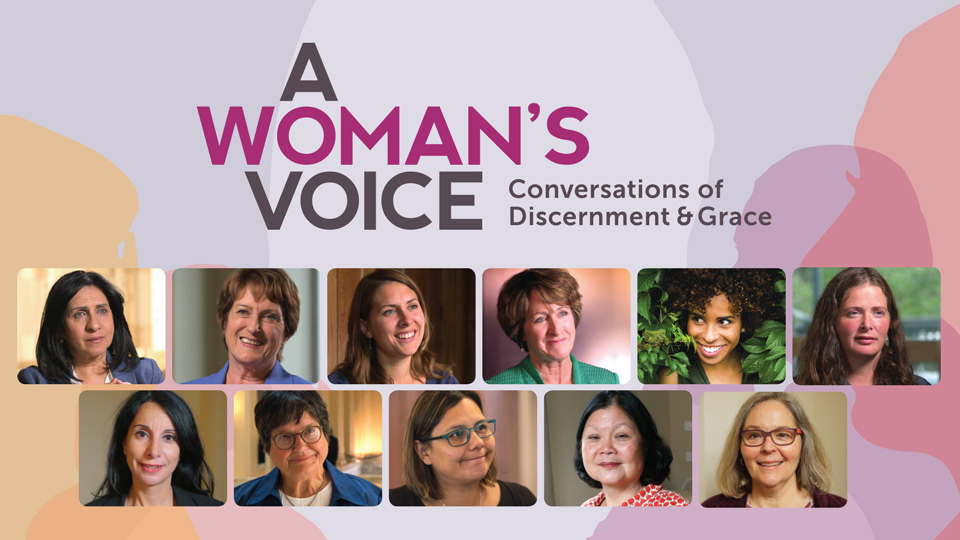 NEW YORK - A new documentary aims to evidence that while women may be “unable to break a stained glass ceiling of hierarchy,” that their role in the Church is “just as powerful and loving as any vocation.” “A Woman’s Voice: Conversations of Discernment and Grace” was released on Easter Sunday by Salt and Light Catholic Media Foundation, and profiles 11 different Catholic women around the globe in their various capacities as mothers, diocesan chancellors, teachers, nuns, lawyers, and chief executive officers. According to Father Thomas Rosica, CEO of Salt and Light, the Easter release was an intentional effort to highlight the role of women as the first witnesses to Christ’s Resurrection. “Anyone who thinks that the early Church invented its accounts of the resurrection must ask themselves why the Gospels all insist on telling the story of the women who were the first witnesses,” Rosica said in a statement. “What was once believed to be ‘idle tales’ is now a bold, transparent testimony to the resurrection with real historical credibility.” “Today, the Church still struggles to give women their due voice as witnesses to our risen life in Christ. Pope Francis has invited the Church to develop a deeper theology of women,” Rosica continued. “I sincerely hope that this documentary is a small, yet effective response to the pope’s invitation to the whole Church to give women a voice and recognize their tremendous witness in the world.” Barbara Dowding, the current Vice Chancellor of the archdiocese of Vancouver, attests to the critical role in governance that she plays in terms of both “thought and thoughtfulness of the Catholic Church in Canada.” While describing initial resistance from priests, she offers a testimonial of eventually winning over skeptical clerics who have now come to see the value of not just having a different perspective, but the perspective of a woman. Vera Baboun, the former mayor of Bethlehem, speaks of being forged by growing up in a heavily male family and society and how through continued personal suffering, she found a new sense of empowerment that she believes makes her a better mother, wife, politician, and Catholic. A mother of quadruplets, Justina Kopp, recounts her experience of receiving strong support from women at the pro-life primary care center following news of her high-risk pregnancy, in comparison to the local medical clinic who encouraged the selective reduction of two of her children making a case for “the best chance of bringing home the most babies,” yet failing to consider the value of her unborn life. Sister Helen Prejean shares the story of stumbling into her work on death row and “the grace of men and women” there that have fueled her own crusade to end the practice of the death penalty and promote “a pro-life conscience that must permeate the entire country.” Veteran Vatican journalist Cindy Wooden recalls her nearly 30 years of covering the Church from Rome under three different popes - flashing back to the 1990s traveling with Pope John Paul II and being the only woman on board the papal plane besides the flight attendants. There are a mix of stories from an aboriginal woman whose Catholic faith has allowed her to accept the awful treatment of indigenous people in Canada and, in turn, lead reconciliation groups for other aboriginals, to a D.C. based lawyer, writer, and mother, who has started an organization aimed to respond to Pope Francis’s call for greater participation of women in the life of the Church, and also the story of the former CEO of Catholic Charities whose own family were refugees from China and had to rebuild their own lives, something she has now dedicated her life to helping others do. These women all recognize and affirm that within the Church, the question “How is a woman called to service?” is considered “valid, crucial, and sometimes controversial,” but they’re united in their belief that women are the hands and feet of the Church. As the film’s narrator states, their place in the Church “is beautiful, it is deliberate, it is ours.” “I really do believe that every Christian has a place in the Church and that we all bring different gifts and different needs,” said Wooden. “It’s a give and take thing. We come looking for something but we also come bringing something, and it’s good to have the input of men and women. There’s a place for both and there’s a need for both.” The film, which was aired in Canada on Easter, is now available for purchase through Salt and Light, along with an accompanying study guide intended for parishes, small groups, and families. As emphasized in the film’s conclusion, the stories chronicled in “A Woman’s Voice” tell the story of empowered women “not just of the Church but of the world,” and regardless of whether their vocational calling is found at home, the workplace, within the Church, or elsewhere, “a woman’s place is in God’s hands.”