A Walk with the Lord: "Moriones" 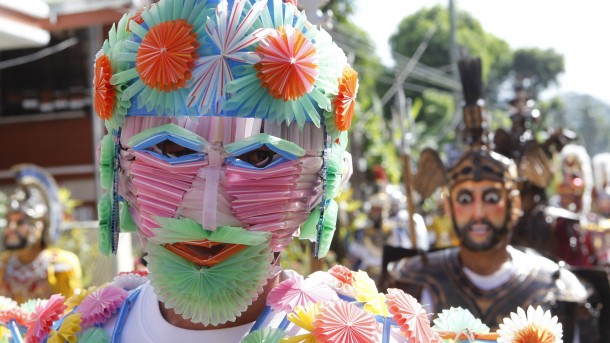 A penitent wearing a colorful mask made of plastic straws joins others with costumes depicting Roman Centurions during an April 4 Lenten festival on the Philippine island of Marinduque. The festival, locally known as "Moriones," is an annual ritual in the predominantly Catholic country for residents to remember the suffering of Christ during Lent. (CNS photo/Erik De Castro, Reuters) (April 4, 2012)