A special messenger from Germany 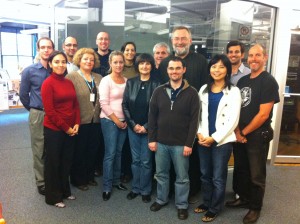 Let me tell you about Brother Paulus, a Capuchin priest based in Frankfurt who considers himself to be, in his own words, “a special messenger of God.”
He has been involved in media for some 20 years and you need to watch the kind of work that he’s been doing. What’s unique is that it’s on secular television in Germany. Even though you may not speak or understand German (I don’t), I want to point out two particular videos. In this one , Br. Paul visits a book fair and looks at all the different editions of the "Book of Books" -- the Bible --  with all their interesting designs.  For a short web video, it is very well done. In this other video  he is celebrating Mass. It was produced for the weekly televised Mass program in Germany. (In Germany they televise the Mass every week on secular TV -- there is no Catholic TV -- and it’s always in a different Church in a different diocese. It's a huge production, with six cameras and a budget rivaling any weekly half-hour TV drama). During the homily he sits with two parishioners for a brief chat (one of them a convert from Islam and the other, a lady who came back to the Church in her old age). The Gospel that day was about how God takes care of the birds – Br. Paulus makes a point about how we need to be patient. Brother Paulus told us that in Germany, after the televised Mass, they always give out a phone number that viewers can call to ask questions about the faith or have a conversation. He said that after this Mass, they received 900 phone calls! Many blessings for the Church in Germany! Brother Paulus spent the day with us on Thursday and then returned yesterday to celebrate Mass and have lunch with us. It was a great blessing to have him with us, sharing his ideas, energy and experience. He reminded us that as communicators, as “proclaimers” of the Word, we need to find new words to share the same message. He said, “We have to find the little sacraments in our daily life" to help us connect with people, and to touch people. People need to be touched. It’s always inspiring to have like-minded Catholics spend time with us. It reminds us that we are not alone, that we are one body and that all of us, whether we work in the media or not, are “special messengers of God.”