A reality beyond the visible world: Jesus vs 'The Matrix' | Word Alive 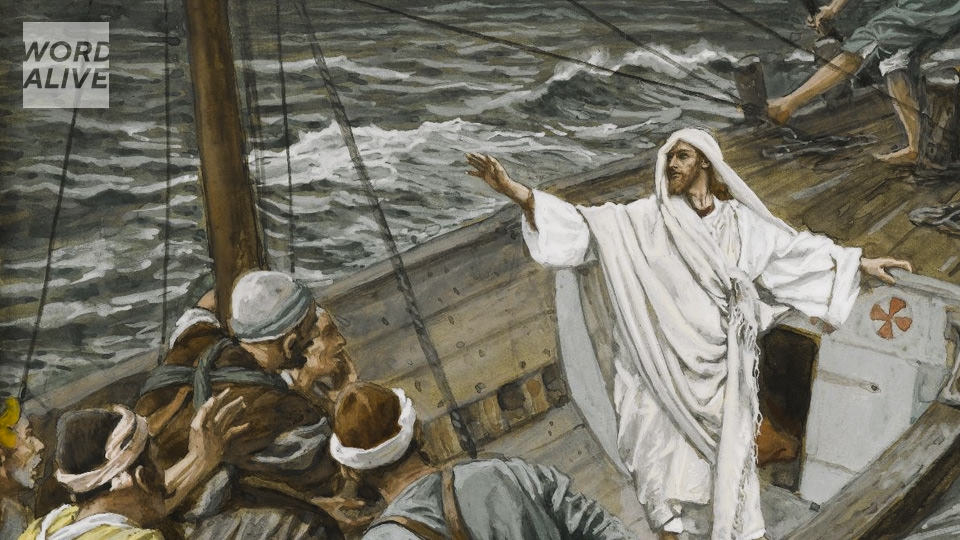 Detail of Jesus Stilling the Tempest by James Tissot. Image courtesy of the Brooklyn Museum

A reality beyond the visible world: Jesus vs 'The Matrix'

A reflection for the Twelfth Sunday in Ordinary Time, Year B

Every time I read the story of Christ calming the rough seas, I can't help but think of Neo in The Matrix stopping bullets by gently lifting his hand. I imagine Christ doing the same thing when he calmed the seas. It’s unbelievable anyone could have such power, yet something stirs in our hearts. “Who then is this whom even wind and sea obey?” (Mark 4:41). What if somebody could do this? What would that tell us about their nature, and what insights can a science fiction film provide? Most of the world is doubtful of anything beyond our physical world. They think only of the visible world before them. Maybe there’s something called heaven where they hope to go when they die. But if it can’t be seen or touched, why believe? Maybe do an odd act of kindness for insurance though. But what if you learned, like Neo in The Matrix, there was an entirely other existence from yours, that was more real than the one you're in? So much so that when you understood its true nature, you’d consider your current existence a sort of dream? And what if this new existence was where a battle was being fought for your life, and understanding it was essential to understanding your destiny?... Sound familiar? It’s all true for The Matrix, and our own spiritual reality. In my years at DreamWorks Animation I ran computer simulations of hair, bouncing bellies, and water, creating mini “alternate existences”, so to speak, of which I was supreme overlord. These simulations had to obey the laws I set down (a simplified version of physics). I could stop and start them at will, arbitrarily control objects inside of them, or cease their existence with the mere press of a button. Oh, the power! But what if I had a computer powerful enough to simulate biochemistry and entire living creatures, plus a whole world for them. Wouldn’t that be cool? What would those creatures experience, and what might they think of me? They arguably wouldn’t think anything of me because unless I programmed some way for them to “see” me, I’d be invisible to them. If they were dumb, they’d think nothing more existed than their observable world, blissfully unaware of my existence. However, being the genteel supreme overlord that I am, I'd introduce myself to them and “program myself” into their simulated reality, “projecting” or “dumbing myself down” for them. “Hello, I’m from a world beyond yours.” “Liar! You look like one of us. So you must be a part of this world.” What could I then do? To prove my “supremeness” I might push a button on the outside to make something suddenly appear, stop bullets with my hand, or mysteriously calm rough waters – some act that no thing in their world could ever perform. Perhaps then they might believe I’m from beyond their existence? A “miracle” like those makes no sense if their world is all there is but entirely makes sense if there is an existence beyond theirs. This then is the significance of Christ calming the seas – concrete evidence that he is from beyond our existence, the spiritual realm. Christ’s miracles and other similar acts tell us two main things – that whoever can do such acts has ultimate dominion over their universe, and secondly, that they must exist in a reality beyond ours. The beautiful, unimaginably benevolent gift that Christ offers us (“The Good News”) is that he will lift us up into his reality, where “...we shall be like him”(1 John 3:2). C. S. Lewis elegantly describes this as a tin soldier becoming a soldier of flesh. Or in my analogy – the simulated creature becomes a real creature in our world. Beware that taking my analogy too far can take you into heresy pretty quickly – the biggest mistake being that because it’s a simulation, it doesn’t count for anything. This is not at all the case for us. In fact, Christ tells us quite the opposite – that our acceptance or denial of him in this life makes the largest imaginable difference in the spiritual afterlife – the choice between glory “eye has not seen, and ear has not heard” (1 Corinthians 2:9), or the alternative hell with “wailing and grinding of teeth” (Luke 13:28). But this analogy, when thought about correctly, can help us understand our own spiritual reality and the immense gift that Christ offers us. Our current fleshy material reality is “Phase One” of Christ’s glorious plan, but only if we accept his invitation of salvation. 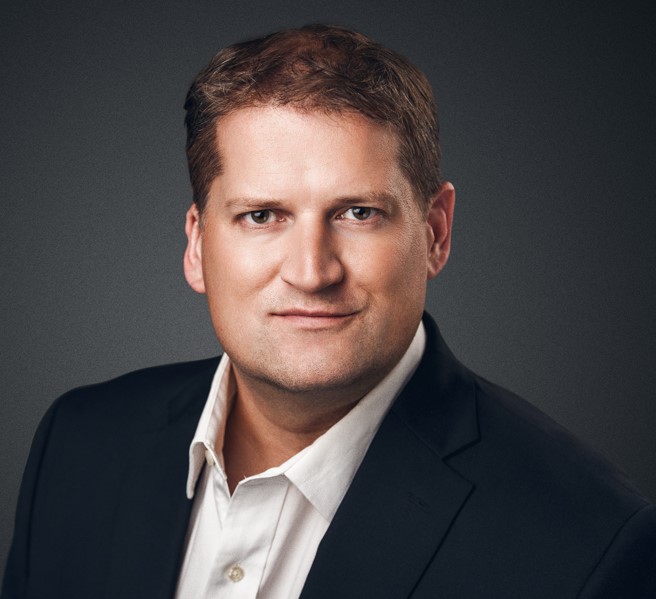 Mark Matthews has worked with visual effects and technology in Los Angeles since 2007 and holds 22 feature film credits including Kung Fu Panda, Shrek Forever After, and Madagascar 2.  He speaks regularly on computer graphics, artificial intelligence, sexual ethics, addiction, male identity, and surviving as a creative in Hollywood. Since 2012 he has been the “Hollywood Undercover Missionary” on Salt + Light Radio and is the founder of "Bibles and Brew", a Catholic men’s fellowship group that encourages men to grow in their faith and masculine identity.