A New Year's resolution that will change your life 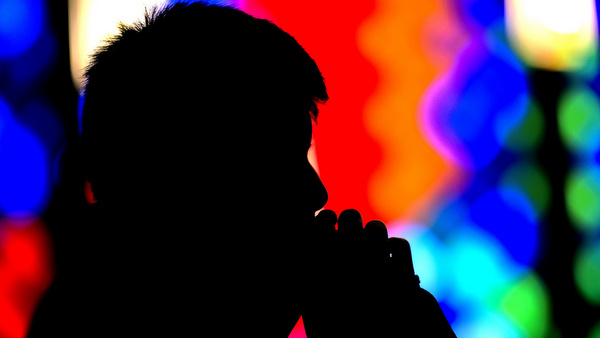 With New Year’s around the corner and another year ahead of us it’s about that time when we begin to mull over our New Year’s resolutions. Each year we set out to reform our lives in the hopes that next year will be happier than the last. ...And each year we struggle with trying to stay motivated. I don't know about you, but the mere thought of reform makes me want to feast on Christmas candies. Don’t you just wish you could outsource the problem of “you” to someone else? My suggestion is this, that’s exactly what you should do. And here’s how you should do it: Go to daily Mass (and at the risk of sounding like a cheesy TV commercial) I’m telling you it will change your life! The best part? All you have to do is show up. Now, I’m not saying that we should abdicate responsibility for our lives - far from it.  God never makes it that easy.  However, the problem is not that we never desire to abdicate, but that we do too much or we just flat out don’t do the right thing. So here are 3 reasons why you should give this resolution some consideration. Time Out Whether its first thing in the morning, lunchtime or right after work – making time for Mass will always be a good way to step off the hamster wheel of the daily grind. This daily ‘time out’ is a time of restoration and rejuvenation so that next time that photocopier jams on you – you won’t feel the need to morph into Godzilla and smash it into oblivion. Perspective And that leads me into the second benefit of going to daily Mass, have you ever noticed how after you’ve been on vacation, or taken a trip to a foreign place that you return with a wonderful, fresh perspective on things? A renewed resolve ultimately comes when we gain some clarity on our situation. Mass is an easy way to gain that. Going to Mass is the equivalent of being transported to a place outside of time, reminding you of who you are and where you’re ultimately heading. There is No Down Side I’ll be frank, I’ve never been worse off having gone to daily Mass – in fact, it’s always been the exact opposite. I’ve had monumental shifts in my thinking during these daily timeouts. I found meaning and a renewed sense of purpose where I thought none existed. All this to say, that when you attend daily Mass you’re essentially supercharging your soul, so that you can embrace the vicissitudes of life graciously. __ There you have it. OK, aren’t you just a little curious to find out what God has in store for you this year?  What do you think might happen if you did make this resolution? I bet that whatever you imagine - God has something much better in store for you. Happy New Year! For those working in downtown Toronto, check out St. Stephen’s Chapel with several daily masses, daily confessions, Eucharistic adoration, devotions and much more there’s one reason to take this leap of faith. CNS photo