A message of hope for Haiti 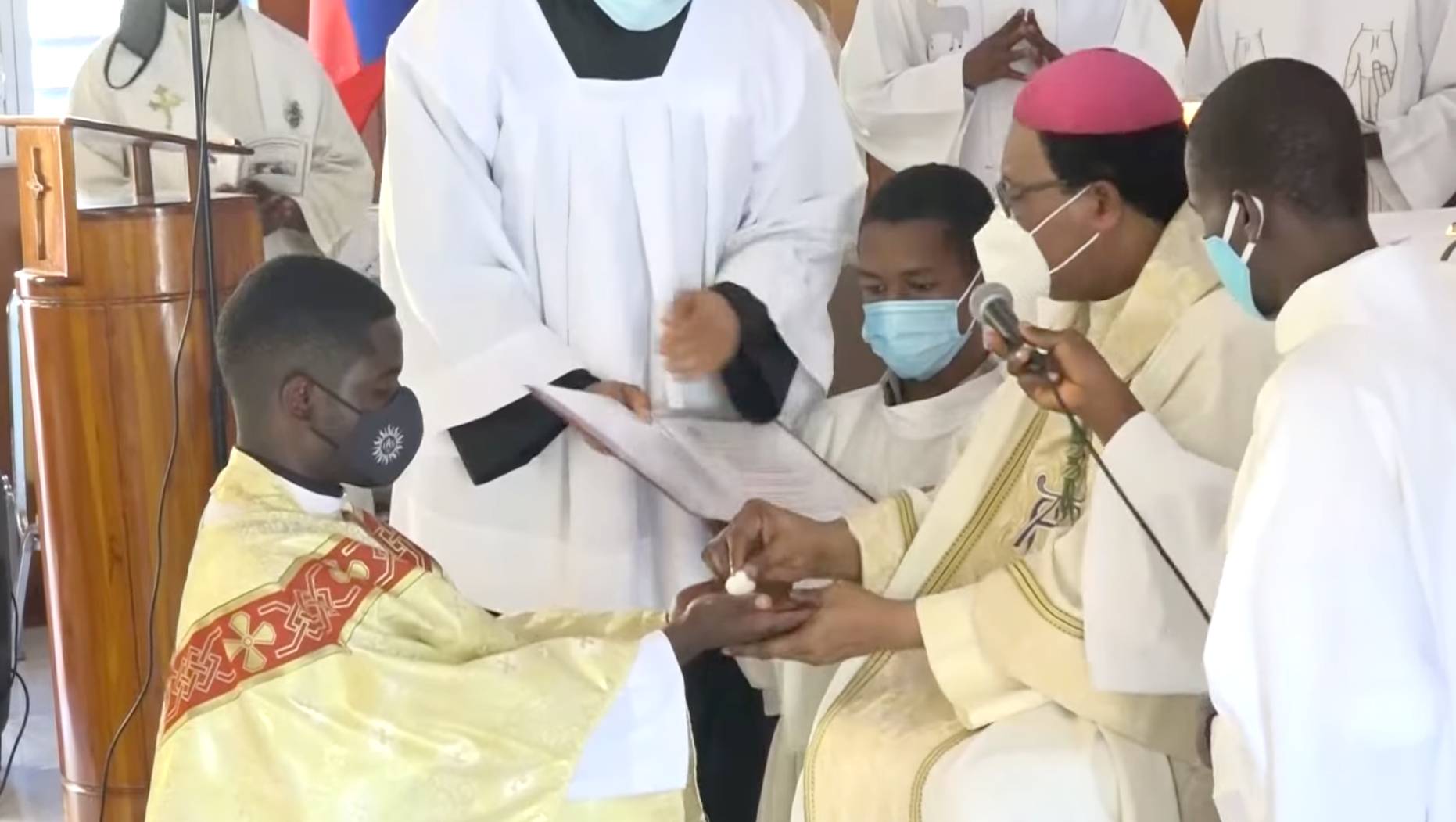 “The Almighty has done great things for me, and holy is His name.” (Luke 1:49)
This past June, I was ordained to the priesthood in Haiti, following a long journey punctuated by much consolation and desolation which began with my admission to the novitiate of the Jesuits in Haiti in August 2009. Although my ordination was a great celebration and a culmination of that journey, I am reminded, too, that ordination to the priesthood in the Society of Jesus is not a climax but a starting point that requires total self-giving for the service of God and his mission. My ordination, together with that of another fellow Jesuit, Gerard Myriam Paul, SJ, took place in the context of the COVID-19 pandemic, which has caused much suffering around the world and especially in Haiti, which lacks the basic structures to respond to that crisis. Moreover, the country has been undergoing a social and political crisis for the past several years. Therefore, planning our ordination posed a significant challenge because whenever we made plans about where the celebration should be held, we were confronted with difficult and unfortunate realities like the COVID-19 outbreak, kidnappings in Haiti, etc. We felt it would be imprudent to compromise the lives of those who wanted to accompany us in celebrating the joy of our ordination. Indeed, could we even celebrate when people were being kidnapped on a daily basis? Nobody has been spared this scourge of kidnapping. In my hometown of Croix-des-Bouquets, where I was supposed to celebrate my first Mass, members of the clergy had been kidnapped earlier this year. The fear and uncertainty were overwhelming. We also considered the possibility of celebrating the ordination here in Canada. However, Gerard’s father, who has cancer and who had waited so long to attend his son’s ordination, would not have been able to come if we had held the ceremony in Canada. On the other hand, if we had the ordination in Haiti, many of my family members who live in the US, including my mother, would not have been able to come. Neither would my brother who is a priest and lives in France. With so many difficulties and so much uncertainty, there was no other choice but to embrace the “Ignatian indifference” which enabled me to put all things in God’s hands. The one thing I asked God through my prayers was to make the decision that would bring glory to his Divine Majesty. I prayed with a sincere heart that the ordination would be celebrated wherever it could bring the greatest hope and joy to the Church. At last the decision was made: We would celebrate the ordination in Haiti, even in the midst of social and political chaos and the increasing cases of COVID-19. I understood that this was God’s will, that he wanted the ordination to be held in Haiti, a country that needs more than ever a message of hope, so that the people of God could feel the abundant presence of Christ in spite of the disturbances and darkness. The ordination was scheduled for June 5, but as the day approached, the uncertainties only increased. Daily COVID-19 cases were increasing dramatically. Bishop Sylvain Ducange, who was going to preside at the ordination, was hospitalized due to COVID-19 just a few days before the ceremony and died on June 8. Another bishop, His Excellency Pierre-André Dumas, had to be contacted immediately. The growing tension and violence in the country, added to these sad events, made everything uncertain. Nevertheless, the object of my prayers did not change: “God’s will be done.” And God answered my prayers! The ordination was celebrated on June 5, 2021, in Haiti with a reduced attendance. The message was clear: “God wants the Haitian people to witness His goodness and His beauty in the midst of tragedies and difficulties.” In addition to being a blessing, our ordination in Haiti was a living testimony of the desire that Gerard and I have to focus on our call to serve and reverence the Father, as Christ did, despite fear and pain, while trusting in His will. Jesus embraced the will of God with an open and simple heart despite suffering and uncertainty, and although I would not compare my ordination to the priesthood to the salvific death of Christ on the cross, both events were preceded by total freedom and trust in the Father. Both events were able to give hope to broken and distressed hearts. Jesus’ death on the cross gave Christians cause to hope against hope, and my priestly ordination in the midst of social, political, and sanitary turmoil has allowed the Church in Haiti also to hope against hope. The fruits of the ordination are far from being visible yet. Violence and instability continue to increase in Haiti. Barely one month later, the country experienced one of its worst tragedies yet in the assassination of the President Jovenel Moise in his private residence on July 7, 2021, exposing the actions of the different forces of evils and wickedness that are ravaging Haiti. Nevertheless, the Church, through her mission and through the celebration of the joy of the Gospel, shows the greatness of God and provides hope that one day love will triumph in Haiti. 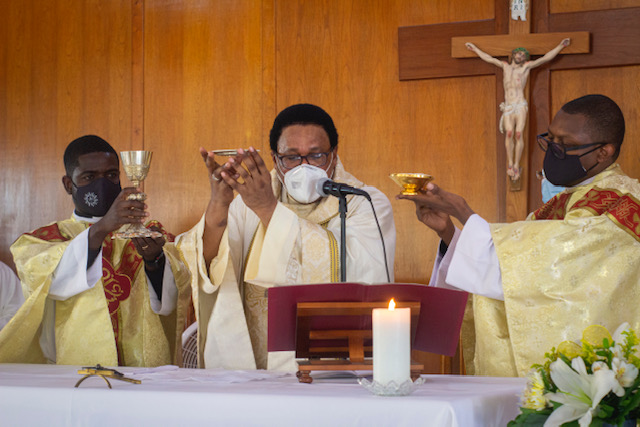