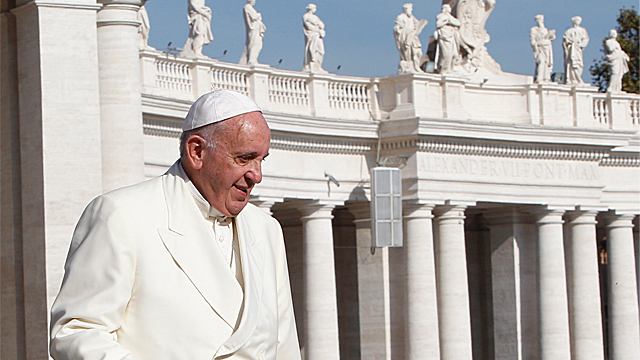 We have all learned by now that Pope Francis will release interviews to whomever he choses, whenever he feels the moment is right. The key is asking with simplicity and sincerity. So it should come as no surprise that he released yet another interview. This time the journalist was a former homeless person and the newspaper in question is a Dutch newspaper sold by homeless people on the streets of Utrecht.
The interview will be translated and printed in several street newspapers that are part of the International Network of Street Papers, including three published in English.
Here are some details about the interview itself.
And here is an excerpt from the interview, translated by Zenit.
--
CNS photo/Nicole Pellicano
Watch this week's Vatican Connections below: